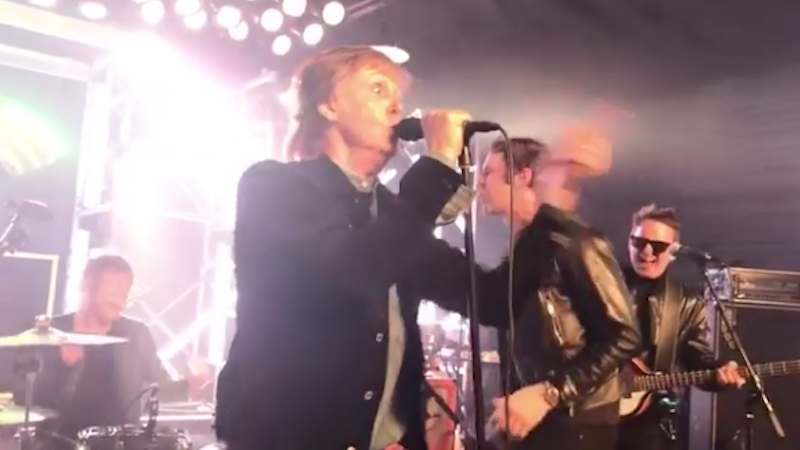 Just because Muse headline festivals all over the globe doesn’t mean they don’t enjoy playing small gigs with their friends every now and then. Last night, for example, Matt Bellamy and Dominick Howard put on an intimate show with their Beatles cover outfit Dr. Pepper’s Jaded Hearts Club Band, which also features The Last Shadow Puppets’ Miles Kane. However, even that little concert became something major when Paul McCartney himself joined the group on stage.

Macca came out to perform the classic “I Saw Her Standing There” as well as a thrashing version of “Helter Skelter” with Bellamy and the boys. Check out video of the once-in-a-lifetime collaboration below.

“I Saw Her Standing There”:

A post shared by The Jaded Hearts Club (@thejadedheartsclub)