Paramore unveils live mashup of “Grow Up” and SZA’s “20 Something”: Watch

A melding of two of 2017's most exciting artists 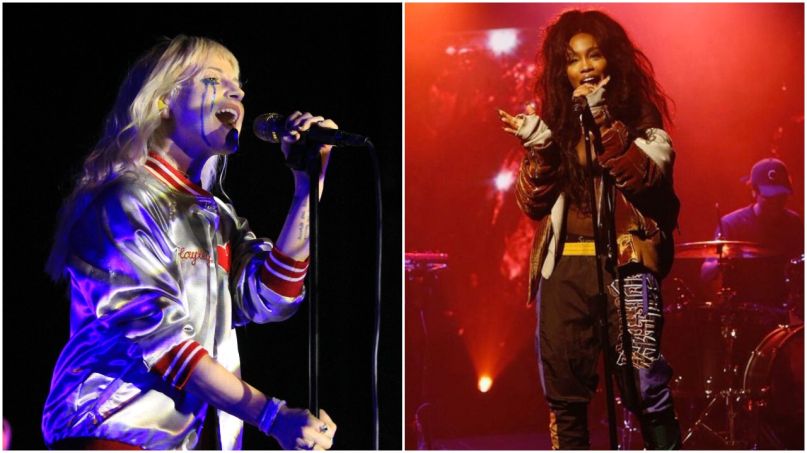 Photo of Paramore by Heather Kaplan

Hayley Williams loves a good cover. Whether solo or with Paramore, the singer has honored artists from every corner of the musical sphere with renditions of tracks by Jawbreaker, Tegan and Sara, Drake, The Strokes, alt-J, and Fleetwood Mac. While not a cover, per se, Williams’ latest homage involves one of 2017’s breakout artists, SZA, whose “20 Something” has been making a cameo on Paramore’s current European tour.

As pointed out by The Fader, the band has been incorporating a verse from the Ctrl closer into their 2013 song “Grow Up”. It’s a fitting pairing, as both concern themes of youth, love, and transition. Watch it below.

Paramore performed a mashup of their song “Grow Up” and SZA’s “20 Something” at their show last night. pic.twitter.com/Iw8ea3kUEi

And, just for the record, SZA is a fan.

After Laughter and Ctrl, the respective 2017 releases from Paramore and SZA, both had a spot on our Top 50 Albums of 2017.