Both date back to Oh Sees' recording sessions for the 2017 album, Orc 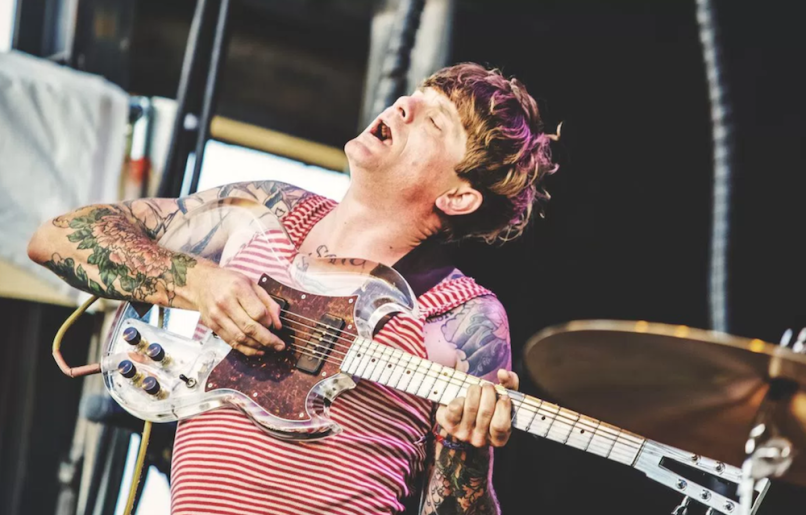 Last year saw John Dwyer’s garage rock project, Thee Oh Sees, undergo a name change not once, but twice. First, they re-dubbed themselves as simply Oh Sees and released an album, Orc, under the branding. Then, before 2017’s end, they reverted back to their original old school moniker, OCS, and dropped a corresponding record called Memory of a Cut Off Head.

2018 is looking like it just might be as busy as 2017, as OCS have already begun rolling out new material on their YouTube account. Today brings us two previously unheard songs: the frazzled and frantic “Dead Medic” and “A Few Days of Reflection”, a cover of the Swedish group Träd, Gräs & Stenar. Both date back to Oh Sees’ studio sessions for Orc and appeared on a limited-edition 12-inch announced in December.

Take a listen to the two tracks below.

The 12-inch, though now sold out, was put out via Dywer’s Castle Face Records. Here’s what the band had to say about it upon its initial release:

THIS 12″ SINGLE WAS CULLED FROM SOME LONGER JAMS DURING THE ORC SESSIONS (ONE OF WHICH IS A COVER OF A MOST EXCELLENT OLD SCHOOL SWEDISH BAND CALLED “TRÄD GRÄS OCH STENAR”) AND WILL ONLY BE AVAILABLE THRU OUR WEBSITE.

THIS ONE IS FOR OUR FANS, ITS A YEAR END HOLIDAY CELEBRATION SLAB OF WAX MEANT TO PUT AWAY OUR OLD 2017 EGO AND PUSH FORWARD INTO 2018, A YEAR WHERE WE ALL DO BETTER BY OURSELVES, BY OTHERS AND BY THE WORLD.

ITS BEEN A HEAVY ONE, NO DOUBT, BUT THERE IS ALWAYS HOPE AND STRENGTH. SO SIT BACK AND FEAR NOT, YOU WON’T HAVE TO GET UP AGAIN TO FLIP IT FOR LIKE…11 MINUTES.

TAKE A BREATH AND LOOK FORWARD.