In a new interview with Louisville's WFPK, Moby expanded on his claims about Trump

by Alex Young and Michael Roffman 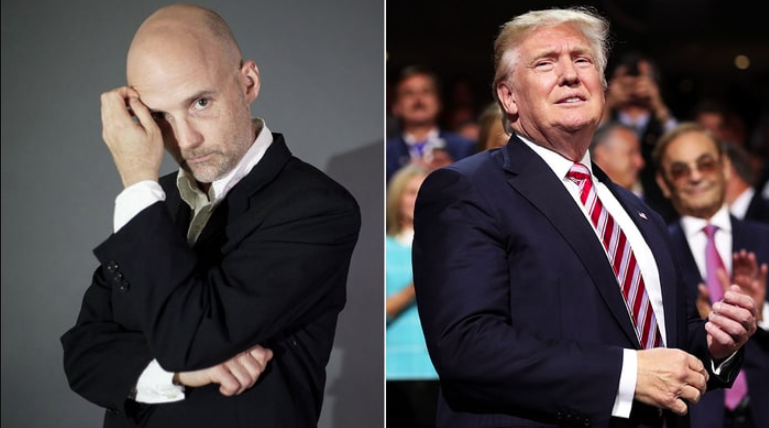 Earlier this year, after declining an invitation to play at the inauguration, Moby passed along inside information he received from “friends who work in D.C.” regarding Donald Trump’s relationship with Russia. Among other things, Moby alleged that the Russian dossier on Trump is “100% real”; that Trump is being “blackmailed by the Russian government, not just for being peed on by Russian hookers, but for much more nefarious things”; and that Trump’s administration is in “collusion with the Russian government, and has been since day one.”

In a new interview with Kyle Meredith of Louisville’s WFPK, Moby expanded on his claims about Trump.

“Yeah, so years of touring and spending time in DC and New York, I’ve managed to make a few friends in the intelligence community. And I guess this is about a year ago, we were having dinner and they were really concerned — partially based, not to go too much into the weeds — this Fusion GPS report on Trump essentially being run as a Russian agent. And these are some active and former CIA agents who … they’re truly concerned,” Moby explained.

“They were like, ‘This is the Manchurian Candidate, like [Putin] has a Russian agent as the President of the United States,’ and so they passed on some information to me and they said like, ‘Look, you have more of a social media following than any of us do, can you please post some of these things just in a way that … sort of puts it out there.'”

Moby went on to cite the congressional testimony from Fusion GPS, which showed the former British intelligence officer behind the dossier approached the FBI after becoming concerned that then-presidential candidate Trump was being blackmailed. “To what extent there’s collusion, I don’t know, but where there’s smoke, there’s fire, and when you have so much evidence pointing to the fact that the Trump administration is really in bed with the Russians in a very pernicious way,” Moby added. “It’s really disturbing and it’s going to get quite a lot darker. Like the depths of the Trump family in business and their involvement with organized crime, sponsored  terrorism, Russian oligarchs, it’s really dark. I guess we should all just fasten our seat belts and hold on.

But even if collusion is proven, Moby doesn’t “see people in Congress holding the administration accountable,” adding, “I worked under this naive assumption that our elected officials in the Senate and the House would be interested in investigating possible collusion between the executive branch and a hostile foreign power. And the degree to which even people like John McCain and Chuck Grassley have sort of abdicated their responsibility, that’s what makes me really pessimistic. They seem to be putting party loyalty ahead of country and decency, and I find that to be really threatening.”

Fortunately, Moby does find a silver lining in Trump’s incompetency. “Just imagine how much more dangerous he would be if he was intelligent and had emotional impulse control. I’m really grateful that, if we’re going to have a tyrant, at least let him be stupid and incompetent.”

Listen to Moby’s interview below; his comments about Trump begin around the 8:00 mark. In related news, Moby has a new album entitled, Everything Was Beautiful, And Nothing Hurt, due out in March.