The Disaster Artist star received a SAG Award nomination and took home a Golden Globe, but he's been shut out of the Oscars 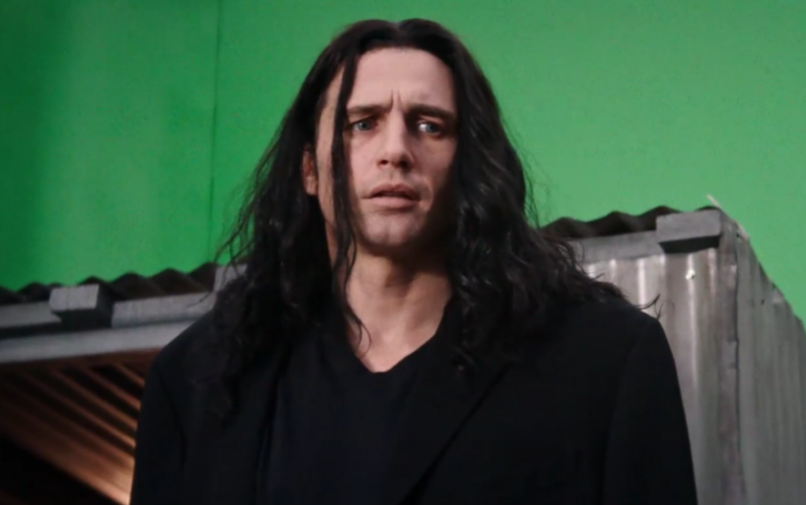 James Franco’s performance as Tommy Wiseau in The Disaster Artist has been recognized by the SAG Awards, the Critics Choice Awards, and the Golden Globes, with the actor earning trophies in the latter two ceremonies. It won’t, however, bring him an Oscar, as the Academy has snubbed Franco in the wake of sexual misconduct allegations.

Accusations of misconduct began circulating online shortly after Franco appeared at the Golden Globes wearing a #TimesUp pin in support of anti-harassment. A few days later, the Los Angeles Times published accounts from five women further detailing Franco’s allegedly exploitative and inappropriate behavior. Many of the claims stem from the actresses’ work in Franco’s Studio 4 acting workshop or on his independent features.

All of this came to light during the Academy Awards voting process, which ran January 5th until the 12th. Usually, if an actor receives recognition by the Critics, SAG, and/or the Globes, he or she is essentially guaranteed an Oscar nomination. However, the only Oscar The Disaster Artist is up for is Best Adapted Screenplay, for which Scott Neustadter and Michael H Weber are nominated. The last time a Golden Globe winner for Best Actor in a Comedy or Musical wasn’t up for an Academy Award was in 2010 (Paul Giamatti for Barney’s Version).

Among the allegations against Franco are that he would often ask women on set or in his workshop to appear in nude scenes and if they refused, they’d be sent home. Sarah Tither-Kaplan recalled an incident while shooting 2015’s The Long Home when a number of women were in a scene in which Franco simulated oral sex them. According to Tither-Kaplan, he removed the clear plastic guard that protected their vaginas before filming the scene. She also took issue with being paid $100 a day for full nudity, despite signing a contract agreeing to do so.

Another actress, Violet Paley, said that while she and Franco were in a romantic relationship, he once “nudged” her head towards his exposed penis while driving in his car. “I just didn’t want him to hate me, so I did it,” Paley said.

Casting director Cynthia Huffman, who worked on The Long Home, came to Franco’s defense in a statement (via Entertainment Weekly). “All actresses were aware of the nudity scenes ahead of time. I personally checked on all the actresses constantly to make sure they were ok and comfortable,” Huffman said. “I talked to them several times and told them if they were uncomfortable or did not like what was going on to come to me immediately and I would take care of it. I did not receive any complaints.”

Franco himself has denied the accusations, speaking about them on a number of late night programs as he made the rounds following his Globes win. “The things that I heard that were on Twitter are not accurate, but I completely support people coming out and being able to have a voice because they didn’t have a voice for so long,” he told Stephen Colbert on The Late Show. “So, I don’t want to shut them down in any way. It’s a good thing and I support it.”

Previous Story
tUnE-yArDs perform “Heart Attack” and “Look At Your Hands” on Kimmel: Watch
Next Story
Greta Gerwig is the first female director to be nominated for an Oscar in eight years
Popular
More Stories
[fu-upload-form form_layout="media" title="Submit Your Photo"][input type="hidden" name="ugc" value="1"][/fu-upload-form]