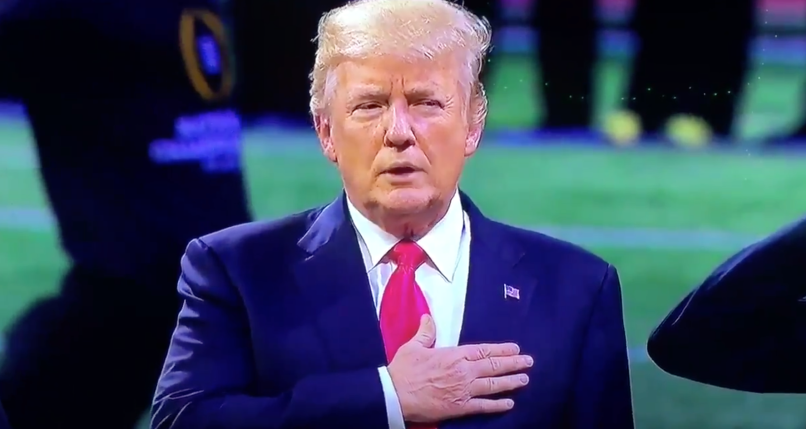 Donald Trump has made much ado about athletes not standing for the National Anthem, so surely he knows the words to the song. What’s that? POTUS had trouble singing along to the Star-Spangled Banner prior to tonight’s College Football National Championship? So you’re saying the whole thing was an elaborate ruse to rile up his base and deflect from his terrible approval ratings, an ongoing FBI investigation over Russian collusion, and questions regarding his own mental health? That sounds like fake news to me.