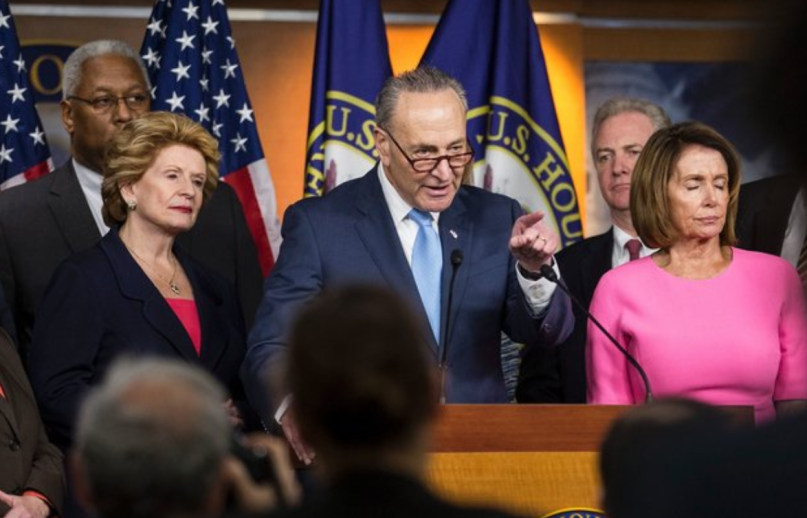 Last month, the FCC voted to repeal Obama-era net neutrality rules governing a free and open internet. The controversial decision took place despite holding no public hearings or conducting sufficient analysis prior — in fact, some of the public “feedback” posted to its website included bogus submissions from Russian email addresses and people commenting under former President Barack Obama’s name.

“You cannot conduct a legitimate vote on a rule-making proceeding if you have a record that is in shambles as this one is,” New York Attorney General Eric Schneiderman, a Democrat, argued prior to the vote. He’s since announced his intention to file a multi-state lawsuit against the FCC.

Now, the Democratic party as a whole is stepping in in hopes of shutting down the FCC’s decision. As The Hill notes, the Democrats are “moving to force a floor vote on a resolution that would block” the FCC’s vote to repeal. Such an action is possible under the Congressional Review Act, which allows lawmakers the opportunity to go over federal regulations after they’re issued.

Congressional Review Act bills can become law once passed by both chambers of Congress and signed by the president. Though it’s unlikely the Democrats will receive the backing of both the Senate and House, they’re determined to at least make it clear that they — unlike the Republicans — are on the side of those Americans outraged at the FCC, especially during a year of midterm elections.

“Millennials were born into a world with a free and open internet,” Senate Minority Leader Charles Schumer (D-N.Y.) said at a press conference on Tuesday. “It’s as integral to their daily lives as a morning cup of coffee. So when the administration rips it from their hands and hands it over to the big [internet service providers] on a silver platter,” he added, “millennials will know that Republicans were responsible — you can bet Democrats are going to make sure of that.”