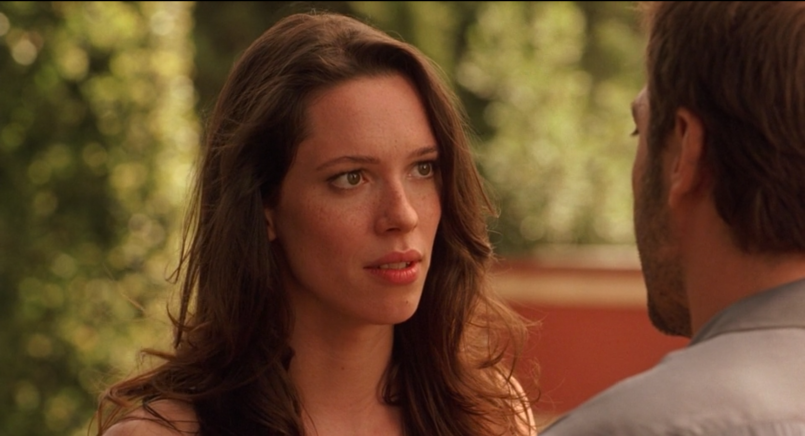 Retribution came quick for the likes of Harvey Weinstein and Kevin Spacey after their sordid, systemic abuses of power came to light. Less quick, however, is a reckoning for Woody Allen, whose adopted daughter Dylan Farrow initially made public her allegations against the film director back in 2014. In December, Farrow wrote a follow-up piece for the Los Angeles Times asking why the #MeToo movement has spared Allen, and subsequent reports that his next movie, A Rainy Day in New York, features a sexual relationship between a 44-year old man and a 15-year old girl made the question that much more pressing. Earlier this week, former Allen collaborators Greta Gerwig and Mira Sorvino asserted they’d never work with him again, and Call Me By Your Name star Timothee Chalamet was criticized for wearing a Time’s Up pin despite also starring in A Rainy Day in New York. It seems that reckoning is finally coming.

A Rainy Day In New York’s Rebecca Hall is the latest star to disavow Allen, and the actress has backed up her claim by donating her salary for the film to the Time’s Up anti-harassment initiative. Hall, who previously starred in Allen’s Vicky Cristina Barcelona, announced her decision in an Instagram post. In it, she writes, “It’s a small gesture and not one intended as close to compensation but I’ve donated my wage to @timesup. I’ve also signed up, will continue to donate, and look forward to working with and being part of this positive movement towards change not just in Hollywood but hopefully everywhere.”

“I see, not only how complicated this matter is, but that my actions have made another woman feel silenced and dismissed,” she adds. “That is not something that sits easily with me in the current or indeed any moment, and I am profoundly sorry. I regret this decision and wouldn’t make the same one today.”

A Rainy Day in New York actor Griffin Newman also donated his salary on the film to RAINN, the Rape, Abuse, and Incest National Network back in October. In similar news, Mark Wahlberg recently pledged $1.5 million to Time’s Up in the wake of public outcry over the wage disparity on the reshoots of All the Money in the World.