by Matt Melis and Michael Roffman 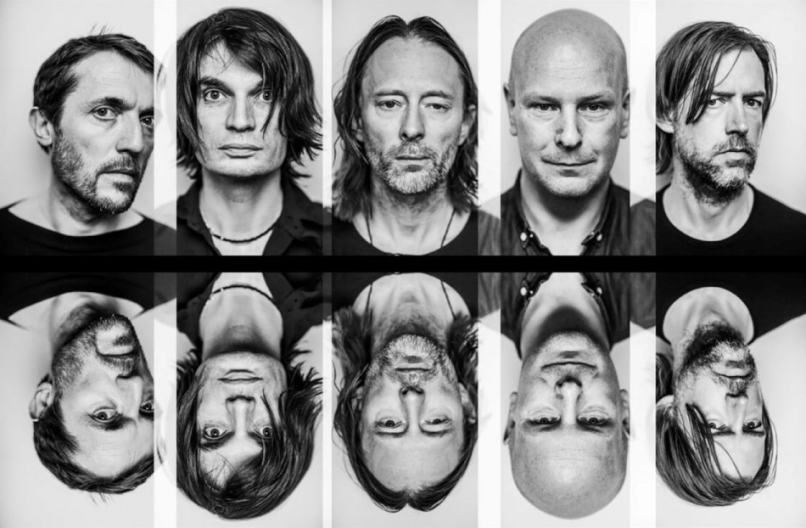 This article was originally published in May 2014.

Nothing really comes from scratch anymore, and music is no exception. The first thing bands talk about when they form are their influences, and they typically start off by (and never really stop) playing other people’s music.

Entire genres, like folk, blues, and hip-hop, are based upon liberal borrowing out of either tradition or necessity. Simply put, every artist you love, no matter how unique, innovative, and game changing they may be, stands on the proverbial shoulders of giants.

With that in mind, we offer up 10 famous instances of alleged music plagiarism. Some cases went to court. Others got shrugged off. Sometimes we think we’re listening to the same song twice. Other times we just don’t hear it that way. So, go ahead, listen, and decide for yourself.

George Harrison seemed to have no trouble transitioning away from Beatlehood. His first solo record following the band’s breakup, 1970’s triple album All Things Must Pass, showed that the “quiet Beatle” had plenty to say. However, after lead single “My Sweet Lord” became a hit for Harrison, it was soon suggested that he had had some help in finding his voice from girl group The Chiffon’s “He’s So Fine”. How much help exactly? Well, in the words of the judge who finally ruled on the matter in 1976, “The two songs are virtually identical!” It was agreed upon, however, that Harrison had merely copied the song “subconsciously,” so, yeah, he had that going for him. –Matt Melis

Back in 2001, Albert Hammond, Jr. set classic rock enthusiasts on fire when The Strokes’ “Last Nite” bubbled onto FM radio. Why? Well, the garage was once again open to the mainstream, but also: “Hey, that sounds a lot like Petty’s ‘American Girl’.” Of course, that’s hardly the truth. For example, there’s no Fraggle Rock shuffle from Mike Campbell, and lyrically the two are pretty disparate, but that opening chord — is it a C? — just gets you ready to scream, “Well…” Naturally, Julian Casablancas’ miles-away vocals changes that. –Michael Roffman

Luke Bradley’s recent piece revisiting Oasis’ discography suggests that the brothers Gallagher owe a bit more to The Beatles than a passing nod in their liner notes. One thing they don’t need to thank the Fab Four for, though, is songwriting help on Definitely Maybe single “Shakermaker”. Apparently, that thank you note should be addressed to “I’d Like to Teach the World to Sing”, care of The New Seekers. As Bradley points out, not only does Oasis lift the melody, but Liam couldn’t even be bothered to drop the “I’d like to…” from two lines in the first verse. The out-of-pocket cost of this unofficial songwriting tutorial? $500,000. Makes those piano lessons your mom forked out for seem like a bargain. –Matt Melis

The New Seekers’ “I’d Like to Teach the World to Sing”:

There’s no arguing here; “Surfin’ USA” is the same song as “Sweet Little Sixteen”, alright. But The Beach Boys aren’t the only ones to blame. Too many artists have ripped off Chuck Berry over the years, especially his melody for “Johnny B. Goode”, which wouldn’t you know it actually dates back to 1946 with Louis Jordan’s “Ain’t That Just Like a Woman”. Is there nothing original in music? At least The Beach Boys fessed up, giving Berry songwriting credits on every release of “Surfin’ USA” post-1966. Years later, Berry even told the late Carl Wilson he loved their song. Isn’t that nice? –Michael Roffman

John Fogerty – “The Old Man Down the Road”

So, you’re John Fogerty. After two disappointing ‘70s solo albums and legal battles with your record label, you decide you need an extended break far, far away from the music business. You come back refreshed and rejuvenated nine years later in 1985 with a #1 record, Centerfield… and then you promptly get dunked into legal hot water because your single “The Old Man Down the Road” sounds an awful lot like your old band’s “Run Through the Jungle”. Yeah, John Fogerty’s welcome back to the music business was a lawsuit for sounding too much like John Fogerty. He ultimately beat the rap, recouped legal costs, and even helped establish Supreme Court precedent. However, the real miracle is that Fogerty didn’t opt to get the hell out of the industry all over again. Who would’ve blamed him? –Matt Melis

I love Ghostbusters, I enjoy Huey Lewis, but I can’t say I like any song from Ray Parker, Jr. other than his celebrated theme. Having said that, I think Lewis was out of line when he blamed the guy for stealing his song, “I Want a New Drug”. The songs slightly haunt each other in rhythm, but don’t really go toe to toe as Lewis insisted. One’s a cheesy attempt to blend ’70s highway rock with ’80s club rock, while the other’s a commercial for the greatest sci-fi comedy of all time. The fact that Parker, Jr. had to settle out of court has always made me dislike Lewis some. Still, “Power of Love” beats the shit out of “Ghostbusters”, and there isn’t a week that goes by in which I don’t wake up to “Do You Believe In Love”. –Michael Roffman

Huey Lewis and the News’ “I Want a New Drug”:

In hindsight, maybe it was for the best that Todd (Barry) made Jemaine fire Bret from Flight of the Conchords; Bret formed The Original Flight of the Conchords with Demetri (Martin); and ultimately Todd and Demetri ditched both Bret and Jemaine to go onto multiplatinum success as the Crazy Dogggz with their dance sensation, “Doggy Bounce”. (It’s probably even better still that all this took place within a fictional HBO comedy series.) But it just goes to show you, if you steal a song, even as a fictional television band, you will pay. That’s what Todd, Demetri, and their bumbling manager, Murray Hewitt, found out when a Polish “cover version” of “Doggy Bounce” surfaced. According to Murray, the songs sound similar because “this cover version came out 13 years before the Crazy Dogggz’ original version… Do you think that’s bad, or do you think that’s normal?” –Matt Melis

The image of Chris Martin and the gang sitting around ol’ England, listening to Joe Satriani, and reworking it to “Viva La Vida” is enough to tickle my funny bone — how ridiculous. Still, the parallels are there, which prompted ol’ Satch to file a suit against the poor lads. Hell, Yusuf Islam even stuck his fingers into this mess, alleging that the song was similar to his Cat Stevens classic, “Foreigner Suite”. So, what happened? Coldplay and Satriani settled out of court, Yusuf offered to have tea with the boys, and American music professor Dr. Lawrence Ferrara explained that all three sound similar to “Se tu m’ami” by the Italian composer Giovanni Battista Pergolesi, who died in 1736. Lesson learned: Melodies align all the time. –Michael Roffman

Joe Satriani’s “If I Could Fly”:

In a lot of ways, this list is depressing. Allegations, thefts, and lawsuits just don’t seem very rock and roll to me, which makes Tom Petty’s (twice a “victim” on this list) take on the similarities in chord progressions and vocals between his “Mary Jane’s Last Dance” and the Red Hot Chili Peppers’ “Dani California” all the more refreshing. As Petty told Rolling Stone: “The truth is, I seriously doubt that there is any negative intent there. And a lot of rock & roll songs sound alike. Ask Chuck Berry… If someone took my song note for note and stole it maliciously, then maybe. But I don’t believe in lawsuits much. I think there are enough frivolous lawsuits in this country without people fighting over pop songs.” Sure, Petty is a star and in a position to not have to be petty about others borrowing from him, but you still have to appreciate the sentiment. And now we’ll see if the Chili Peppers can be the bigger men when Petty comes out with an unmistakably Kiedis-like rap over some funk on his new album later this summer. –Matt Melis

Here’s a lawsuit that actually went through and won. In the early ’90s, The Hollies went after Radiohead, then just a small UK act, for their debut single, “Creep”, alleging that it stole the melody and rhythm of their 1972 track, “The Air That I Breathe”. Congratulations, Albert Hammond and Mike Hazlewood: You managed to combine four chords — ahem, four rudimentary chords mind you — that somehow eeked its way into an alternative rock song exactly 20 years later. Blargh city, am I right? Well, given that they lost the case, Radiohead co-credited the track to Hammond and Hazlewood, and the rest is history. Ha, you wonder why Thom Yorke hates the song. –Michael Roffman

The Hollies’ “The Air That I Breathe”:

Previous Story
Ewan McGregor is open to reprising his role as Obi-Wan Kenobi in Star Wars spin-off film
Next Story
Quavo and Nicki Minaj take it back to the ‘90s in “She For Keeps” video: Watch
Popular
More Stories
[fu-upload-form form_layout="media" title="Submit Your Photo"][input type="hidden" name="ugc" value="1"][/fu-upload-form]