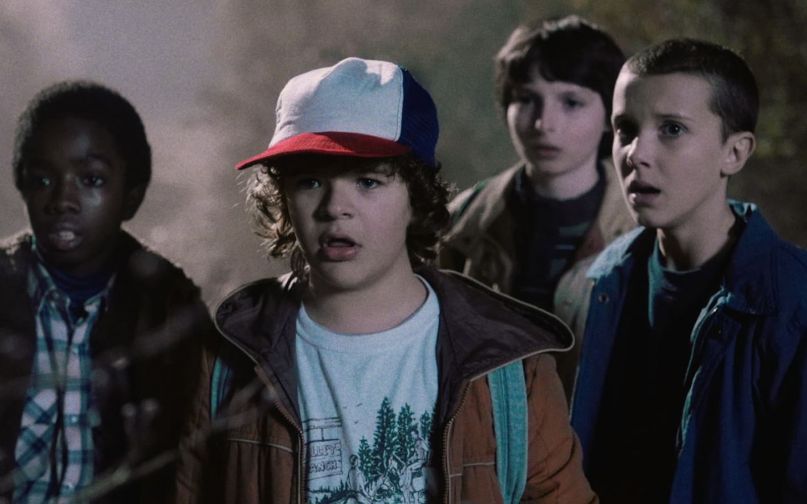 Netflix recently announced a third season of its hit sci-fi thriller, Stranger Things. However, it could be some time before new episodes are ready to air.

In a new interview with Variety, David Harbour (who plays Chief Hopper) revealed season three “probably” won’t be ready “until sometime in 2019.”

Harbour explained that “like any good thing,” series creators The Duffer Brothers “need time.” “And those guys work so hard. I mean, they just sit in their apartment and write for 12, 14 hours a day.”

The Duffer Brothers previously said they envision the series running four or five seasons. “I want it to have a really finite ending,” explained Matt Duffer in an interview with Entertainment Weekly. “I don’t want it to be one of those shows that runs out of gas and they lose it because they’re losing interest. You wanna end when you’re on top.”

As they finish writing next season’s scripts, Millie Bobby Brown, a.k.a. “Eleven,” is busy filming Godzilla: King of the Monsters. Her best friend Finn Wolfhard, a.k.a. “Mike,” recently signed a record deal with Royal Mountain Records and is recording a debut EP with his band Calpurnia. Gaten Matarazzo, a.k.a. “Dustin,” also has a band and they have a couple shows scheduled in the near future.