So Long, Hulu: How the Disney/Fox Merger Will Turn the Tide in the Streaming Wars 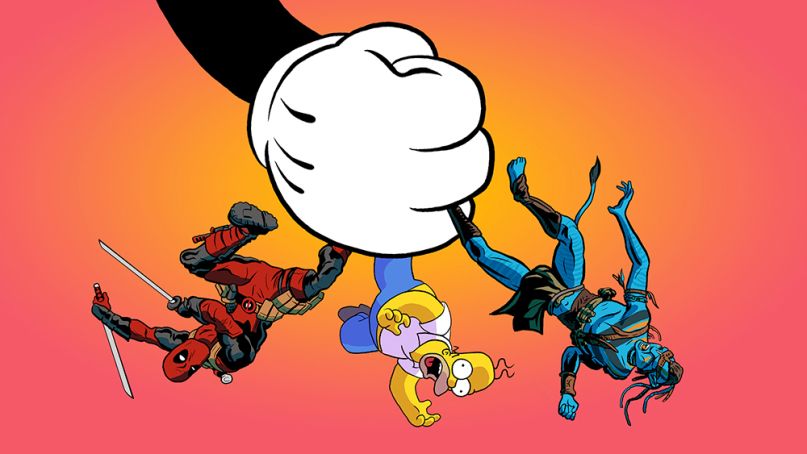 Thursday was a big, bad day for the Internet. Between the FCC voting to overturn net neutrality regulations established in 2015 to keep companies like Comcast from doing things like throttling premium services in exchange for extra fees and The Walt Disney Company buying the majority of 21st Century Fox in a $52.4 billion merger, digital streaming services are about to experience a sea change in the way they compete for our attention.

Until now, the fight for our hard-earned streaming bucks has been largely fought between streaming giants Netflix, Hulu, and Amazon Prime Video. With Disney reining in Fox – and its associated properties – under its flying Mary Poppins umbrella, what does that mean for the future of streaming?

Even before this merger, Disney was already making plans to sever ties with Netflix and disrupt the streaming landscape, with its proposed streaming service – set to launch in 2019 – that would feature all its films, TV shows, and original content. As such, popular properties like the MCU films Doctor Strange and Guardians of the Galaxy Vol. 2, Rogue One: A Star Wars Story, and all the Marvel shows (even the Netflix Originals) were slated to leave Netflix in a couple years, even before pen hit paper on this Fox merger.

While Netflix will certainly feel the burn, it’s Hulu that will feel this merger’s effects most strongly. You see, Hulu was previously co-owned as a joint venture between Disney, Fox, and Comcast, all of whom owned 30% equal share in the platform. With Disney buying up Fox’s minority shares, it gains majority ownership in Hulu. (Sorry, Comcast. Don’t worry, I’m sure getting rid of net neutrality will salve your streaming wounds.) It remains to be seen whether Disney will keep Hulu around or abandon it altogether for its own service.

At this point, Disney could just convert Hulu into their proposed service, which could be enough of a clean transition to work. However, that seems unlikely: Disney’s MO these last few years has been to establish a world where people can only stream Disney content on Disney’s terms, which doesn’t gel with Hulu’s requirement to share with Comcast (and Time Warner, a silent partner that owns 10% of Hulu’s stake). In fact, Comcast may force Disney to sell Hulu, claiming that they have equal ownership of Hulu’s 12 million subscribers. This would force the Justice Department to step in and review the acquisition, causing further complication for a merger already fraught with antitrust concerns.

If Disney goes through with launching their own service, especially armed with all of Fox’s properties (The Simpsons, X-Men, Avatar, King of the Hill), Hulu’s catalog will be decimated, leaving little reason for many of its 12 million subscribers to stay. Unless enough people really care about The Handmaid’s Tale to keep paying $11 a month just to stave off Hulu’s numerous ad breaks, Disney’s merger will make Hulu go the way of the dodo.

Hulu’s inevitable demise would radically change the streaming landscape as we know it, disrupting an equilibrium that has effectively existed since Hulu started a decade ago (Netflix, Hulu, Amazon). With the sheer power of its current catalog, Disney’s new service would likely fill the gap opened by a failed Hulu and contribute further to the balkanization of online streaming. Netflix itself will probably be fine, coasting by on the strength and cachet of their original programming, but the loss of the aforementioned Disney properties will still sting, and they’ll have to go toe to toe with Disney to remain number one in people’s Roku boxes.

Let’s be honest: this trend goes way beyond Disney/Fox to the heart of how companies are changing their approach to streaming entertainment. With every channel and company already pushing hard for their own streaming service to compete with Netflix – HBO Go, CBS All Access, The CW App, etc. – we may be looking at the end of the one-stop shop for streaming services. Consumers will be essentially forced to return to a streaming version of the old days of television, paying separate companies a separate fee to enjoy their catalog.

Instead of only needing to worry about one or two subscriptions or apps, we’ll likely soon see a world with more choices and smaller catalogs. Consumers simply aren’t going to want to pay Netflix-level money for a host of new services just to get the selection they had a few years ago. With Disney’s growing catalog, they may feel they have enough to offer customers to beat Netflix at their own game, and consumers are going to have to pick and choose.

All of this is speculation, and any sort of change to Hulu’s platform or catalog will take time. Disney CEO Bob Iger (the guy behind the acquisition of Pixar in 2006, Marvel in 2009, and Lucasfilm in 2012) has explained that he thinks of Hulu as a place for “more adult-oriented content,”so maybe Hulu will stick around as the home for some of Fox’s and Marvel’s grittier stuff while the Disney app presents more family-friendly choices.

Even so, the Disney/Fox merger is going to present a dramatic change in the entertainment and media landscape, and its effects will be felt far beyond our Netflix queues. Then again, with net neutrality on its deathbed, all this hubbub about streaming may not matter in the long run — we’ll all probably be priced out of streaming altogether by then.