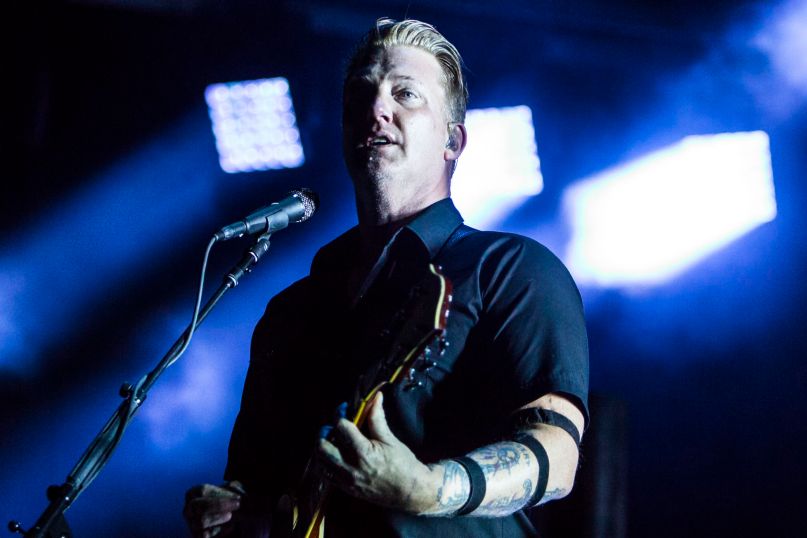 Queens of the Stone Age frontman Josh Homme is starting to feel the consequences of his actions last Saturday night. During a performance at the KROQ Christmas show, he kicked a photographer, Chelsea Lauren, in the face, thus sending her to the ER. Since then, he’s issued not one, but two apologies, saying in the second that “[rock] ’n’ roll is a wonderful thing, it’s supposed to save and help people, not mess them up.” He then told Lauren to “do whatever you have to do.”

(Read: Why Does Josh Homme Think It’s Okay to Kick a Journalist?)

We’ve yet to see where the situation will lead Homme from a legal perspective, but a few recent cancellations are showing that QOTSA is definitely taking a hit. The band was supposed to perform on The Ellen Show earlier today, but they were a no show. A representative for The Ellen Show did not responded to our request for comment as of publication.

Homme has also been dropped the BBC children’s show Bedtime Stories, on which he reads a series of storybook readings.

The band is scheduled to kick off the next leg of their North American tour in support of this year’s Villains, and are currently booked for a number of 2018 festival dates.