"Conscience isn't governable by committee. Within the fictional world and outside of it, we all have to do what we believe to be the right thing." 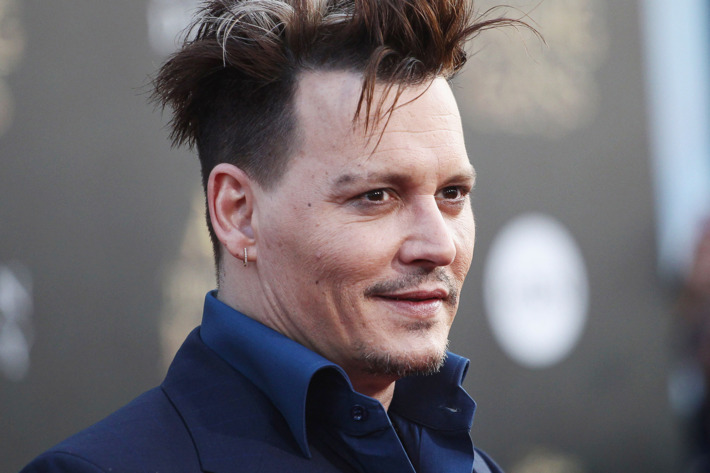 Amidst Hollywood’s reckoning on sexual misconduct, there’s renewed criticism over Johnny Depp’s casting in the family friendly Fantastic Beasts franchise. Depp has been accused of emotionally and physically abusing his ex-wife, Amber Heard, who shared a video of one such tantrum as well as a photo of herself with a black eye. The couple reached a settlement in 2016 and issued a joint statement reading, “Our relationship was intensely passionate and at times volatile, but always bound by love. Neither party has made false accusations for financial gain. There was never any intent of physical or emotional harm.”

Despite the settlement, Depp’s alleged behavior has caused many Harry Potter fans to demand a recasting of the Depp’s character, Gellert Grindelwald. Harry Potter author JK Rowling and the film’s director David Yates ultimately opted against it, and they’re now being forced to defend the decision.

In a statement posted to her website on Thursday, Rowling said she initially thought Depp would be “wonderful in the role. However, around the time of filming his cameo in the first movie, stories had appeared in the press that deeply concerned me and everyone most closely involved in the franchise.”

Rowling admitted that she and Yates briefly considered recasting the role, but ultimately decided to stick with Depp. “Based on our understanding of the circumstances, the filmmakers and I are not only comfortable sticking with our original casting, but genuinely happy to have Johnny play a major character in the movies,” she added.

“Harry Potter fans had legitimate questions and concerns about our choice to continue with [Depp] in the role… I understand why some have been confused and angry why [recasting Depp] didn’t happen.” However, Rowling concluded, “Conscience isn’t governable by committee. Within the fictional world and outside of it, we all have to do what we believe to be the right thing.”

Yates took an even more defensive stance. “Honestly, there’s an issue at the moment where there’s a lot of people being accused of things, they’re being accused by multiple victims, and it’s compelling and frightening,” Yates said in an interview with EW. “With Johnny, it seems to me there was one person who took a pop at him and claimed something. I can only tell you about the man I see every day: He’s full of decency and kindness, and that’s all I see. Whatever accusation was out there doesn’t tally with the kind of human being I’ve been working with.”

He added, “By testament, some of the women in [Depp’s] life have said the same thing — ‘that’s not the human being we know.’ It’s very different [than cases] where there are multiple accusers over many years that need to be examined and we need to reflect on our industry that allows that to roll on year in and year out. Johnny isn’t in that category in any shape or form. So to me, it doesn’t bear any more analysis. It’s a dead issue.”

Fantastic Beasts: The Crimes of Grindelwald is set to hit theaters on November 16th, 2018. As its title suggests, the plot centers on the dark wizard Gellert Grindelwald (played by Depp), who has escaped custody and has set out “to raise pure-blood wizards up to rule over all non-magical beings.”

Eddie Redmayne, Ezra Miller, Dan Fogler, and Katherin Waterston all return to reprise their roles from the first Fantastic Beats film, joined by newcomers including Zoe Kravitz, Callum Turner, and Claudia Kim. Perhaps most notably, however, is the addition of Jude Law, who has been cast to play a young Albus Dumbledore. As was the cast with its predecessor,  Fantastic Beasts and Where to Find Them, Rowling personally wrote the new film’s script.