Film Review: All the Money in the World 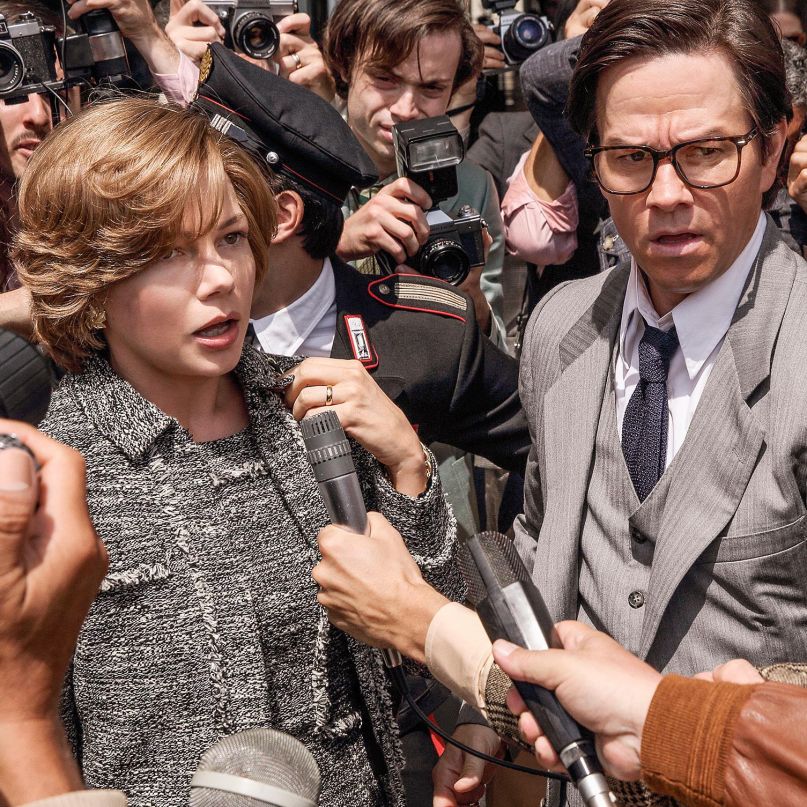 “To be a Getty is an extraordinary thing. I know because my grandpa told me so.”

In the midst of the Hollywood house-cleaning that’s taken place throughout 2017, with the righteous cleansing of heavily-entrenched actors, filmmakers and executives accused of sexual misconduct at all levels of show business, there remains one aspect so far left undetermined: the art. What do we do with works tainted by the misdeeds perpetuated by those on screen, especially when those films are on the cusp of release?

For 80-year-old Ridley Scott, the answer was simple: boot the son of a bitch, recast, and reshoot half the thing from scratch. Would he make the film’s December 22nd release date? As Scott said when asked, “Fucking right.”

All the Money in the World, for all the hubbub surrounding the ousting of Kevin Spacey (originally cast with bizarre old-age makeup as J. Paul Getty) and the subsequent recasting of Christopher Plummer in the role, manages to move forward with clean hands. While the context of its release is inescapable, Scott’s period crime thriller progresses as if nobody involved were the wiser. Had you missed some headlines in the last couple of months, you would be forgiven for being unaware of the reshoots at all; the end result is as cohesive – and entrancing – as the most meticulously planned productions.

Adapted by David Scarpa (The Last Castle, The Day the Earth Stood Still) from John Pearson’s book Painfully Rich: The Outrageous Fortunes and Misfortunes of the Heirs of J. Paul Getty, All the Money in the World offers a fictionalized account of the kidnapping of Paul Getty (Charlie Plummer, no relation), the flaxen-haired heir of oil tycoon – and notorious spendthrift – J. Paul Getty, by the Italian mob while living in Rome. Held ransom for $17 million, Paul’s desperate mother Gail Harris (Michelle Williams) begs Getty to pay it. His answer?

Instead, Getty provides cursory aid in the form of Fletcher Chase (Mark Wahlberg), an ex-CIA spook turned Getty’s security chief, who acts as negotiator and sidekick to Gail on her journey to retrieve her son. Together they chase leads, wait by phones, and combat Getty’s own stinginess to bring Paul back home safely. Meanwhile, Paul attempts to orchestrate his own escape as he’s passed around to different tiers of the Italian mafia, with the unexpected assistance of his first captor, Cinquanta (Romain Duris), who finds himself in over his own head with his bosses.

On the surface, All the Money plays like an Argo-esque espionage thriller, cinematographer Dariusz Wolski’s washed-out greys and ambers sucking the life out of Getty’s palatial Roman estate like a gushing wound. Lingering wide shots of the tycoon’s empty halls give way to tight, frantic swoops around police stations and news offices, following each party to the chase with tremendous interest. You can even see glimpses of Scott’s darkly comic streak; Getty’s miserly cheek elicits as many laughs as it does winces of disgust, and moments like a tac-team raid on the kidnapper’s cottage being thwarted by a guard choosing to poop in the grass less than a foot away from them are just as absurd as anything you might find in The Counselor.

But Scott’s thematic ambitions are much loftier in scope. Foremost on the mind of the film’s incredible ensemble is the idea that the worth we place on things – and people – is only as much as we’re willing to pay for them. This is how Getty turns unauthenticated Vermeers into million-dollar works of art, and an old minotaur artifact J. Paul gives his grandson early in the film into nothing more than a mass-produced trinket. Whether it’s the shifting demands of Paul’s captors, or the omnipresent mob of paparazzi that follow Gail’s every step, the figures at the center of All the Money in the World must weigh their greed against moral and ethical concerns.

Nowhere is this conflict between true value and monetary worth better personified than in Getty himself, Plummer’s pinch-hitting performance an astonishing achievement for an older actor with only a few weeks’ worth of reshoots at his disposal. As Getty, Plummer gives one of his grumpiest performances, a power-hungry old man living in obscene opulence, his every moment dedicated to the further accumulation of wealth. Much like another powerful businessman who’s been on all our minds this year, everything is a negotiation to Getty; he treats his grandson’s kidnapping like a game, testing how little he can pay to get what he wants. From his self-identification with the emperor Hadrian, to his pathological poring over ticker tape, Plummer’s miserly scowls and careful calculation are captivating. It’s easy to believe Plummer was Scott’s first choice for the role, and that Spacey (even without the spooky haunted-house makeup seen in the film’s early trailers) couldn’t hold a candle to his frail ferocity.

Thankfully, Williams holds her side of the tale afloat with a tremendous performance that more than matches Plummer’s formidable theatricality. As in The Post, All the Money highlights a headstrong woman as she’s continually underestimated by powerful men; Williams, with her determined gaze and affected Grace Kelly accent, would have a lot to share with Kay Graham over scones. Gail’s outsider status in the Getty dynasty is firmly established in the film’s first act, which speeds through her marriage to (and divorce from), Getty’s hedonistic junkie son, the proceedings leaving her penniless, but with full custody of her kids. Despite this poverty – “I don’t have any money” is her refrain – her distaste for money makes her a more formidable foe for Getty than he could ever anticipate.

Between Williams and Plummer, All the Money becomes a delectable battle of wills between a man who wants, as they say, all the money in the world, and a woman who deliberately rejects it. Some of the film’s best moments involve Gail getting one over on Getty by using her complete lack of greed to her tactical advantage. Denying huge payouts in return for more important leverage, Gail gains tremendous ground over Getty, and he knows it, making for some delicious exchanges of power.

While Plummer’s Getty is All the Money’s real draw (for reasons both inter- and extra-textual), the ebb and flow of the actual kidnapping leaves a bit to be desired. One minor structural flaw is the film’s insistence on following Paul’s side of his capture – the other Plummer admirably embodies the fear and isolation of Paul’s plight, but seeing so much of his story lets the air out of some of Gail and Fletcher’s investigations. In one act of the film, Fletcher wonders whether Paul didn’t just kidnap himself, as he had boasted about many times before; it might have been nice to let the audience wonder as well. Still, these moments are worth it for the fleeting instances of sheer brilliance, including one nail-biting torture scene from which Scott simply refuses to cut away. Some of Scott’s best works ask a lot of their audience; if you’re on board for bizarre moments like these, All the Money in the World will return your investment hundredfold.

As the dust clears on 2017’s exodus of Hollywood creeps, it’s entirely possible that All the Money in the World will go down as a favorite for that certain subset of Scott fans who love his hugely divisive Cormac McCarthy thriller The Counselor. Some people will think it’s a bizarre mess, others an unconventional masterwork. If there’s any justice in the world, the latter group will win out.