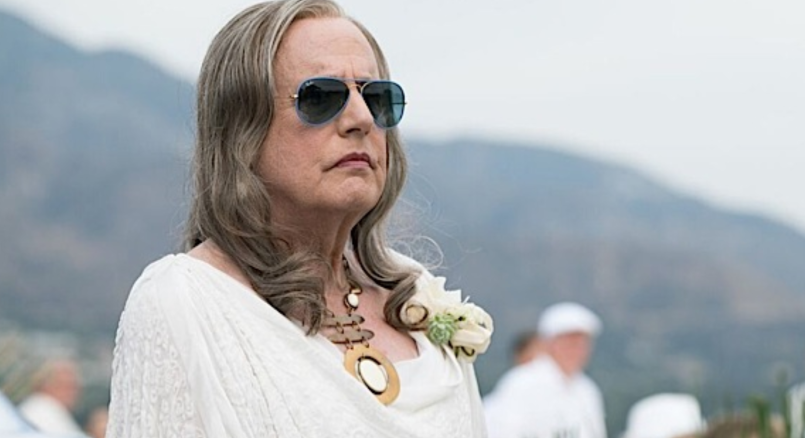 A second woman has come forward accusing Transparent star Jeffrey Tambor of sexual misconduct. Tambor’s fellow Transparent castmate, Trace Lysette, says the actor engaged in inappropriate behavior while on the show’s set, according to an interview with The Hollywood Reporter.

In one particular incident, Lyssette says Tambour commented on her appearance saying, “My God, Trace. I want to attack you sexually.” He then approached Lysette, “put his bare feet on top of mine so I could not move, leaned his body against me, and began quick, discreet thrust back and forth against my body. I felt his penis on my hip through his thin pajamas,” Lysette alleges.

Lyssette describes several other inappropriate interactions with Tambor involving unwanted kissing. She also says Tambor set up a business meeting between her and his manager for potential representation. When she thanked them, Tambor apparently responded by saying, “Well, yeah Trace. I really believe in you. And you know what? I don’t even want to have sex with you.”

During her time on the set of Transparent, Lyssette shared a house with Tambor’s former personal assistant, Van Barnes. Both women are transgender. Earlier this month, Barnes accused Tambor of sexual misconduct in a private Facebook post. Due to a non-disclosure agreement signed with Tambor during her time of employment, Barnes was unable to discus any of allegations, according to The Hollywood Reporter.

However, according to Lyssette, Barnes confided to her the truth. “She would come home wrecked and stressed. I saw him break her down. She for the most part kept it to herself. She was just like, ‘Girl, he is a piece of work. If you only knew what I’m going through.’ But I knew.”

Lyssette says both she and Barnes approached Transparent producers with their complaints, but no action was taken.

“For the past four years, I’ve had the huge privilege — and huge responsibility — of playing Maura Pfefferman, a transgender woman, in a show that I know has had an enormous, positive impact on a community that has been too long dismissed and misunderstood. Now I find myself accused of behavior that any civilized person would condemn unreservedly. I know I haven’t always been the easiest person to work with. I can be volatile and ill-tempered, and too often I express my opinions harshly and without tact. But I have never been a predator — ever. I am deeply sorry if any action of mine was ever misinterpreted by anyone as being sexually aggressive or if I ever offended or hurt anyone. But the fact is, for all my flaws, I am not a predator and the idea that someone might see me in that way is more distressing than I can express.”

A spokesperson for Amazon, the streaming home of Transparent, says Lyssette’s allegations “will be added to our ongoing conversation.”