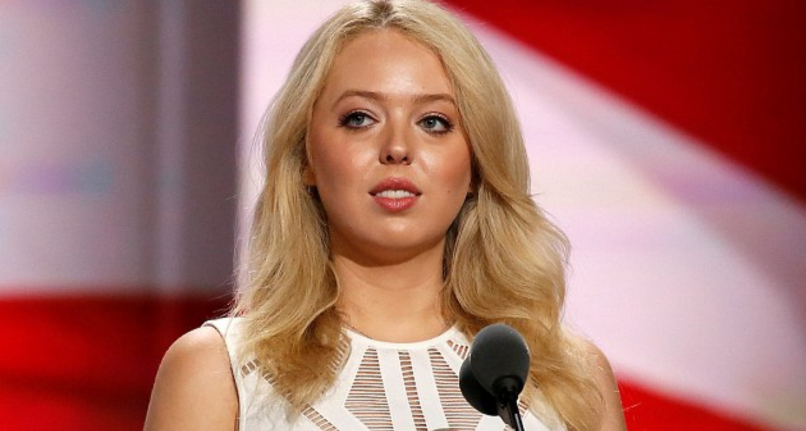 In Trump’s America, facts only matter when they’re convenient. Misinformation has seeped into all facets of society, even something as mundane as reciting notable quotes said by famous R&B singers. As SPIN points out, Tiffany Trump marked Thanksgiving by tweeting, “Work hard in silence, let your success be your noise,” a quote which she attributed to Frank Ocean.

Beyond the fact her father’s policies go against basically everything Frank Ocean represents, Trump’s tweet is noteworthy because there is no evidence of Ocean ever actually uttering such a phrase.

Rather, it appears Trump simply Googled “Frank Ocean quotes” or “inspirational quotes about hard work and humility” — I’m not sure which one is worse, to be honest — and came across a quote attributed to Ocean.

Ocean has given very few interviews over the course of his career, so it wasn’t hard to cross check the quote with his own published comments, and wouldn’t you know it — there is no record of him saying, “Work hard in silence, let your success be your noise.”

Of course, this being the Trumps, Tiffany has yet to acknowledge she posted inaccurate information and the tweet remains published as of Sunday night.

Work hard in silence, let your success be your noise – Frank Ocean https://t.co/tS1HRiLgfD

Previous Story
Morrissey doubles down in his defense of Spacey and Weinstein: “Just a pathetic attempt at courtship”
Next Story
Rock on the Range 2018 lineup: Tool, A Perfect Circle, Alice in Chains lead the way
Popular
More Stories
[fu-upload-form form_layout="media" title="Submit Your Photo"][input type="hidden" name="ugc" value="1"][/fu-upload-form]