The Kickdrums share the Origins of their first song in two years, “Love Is Fine”: Stream 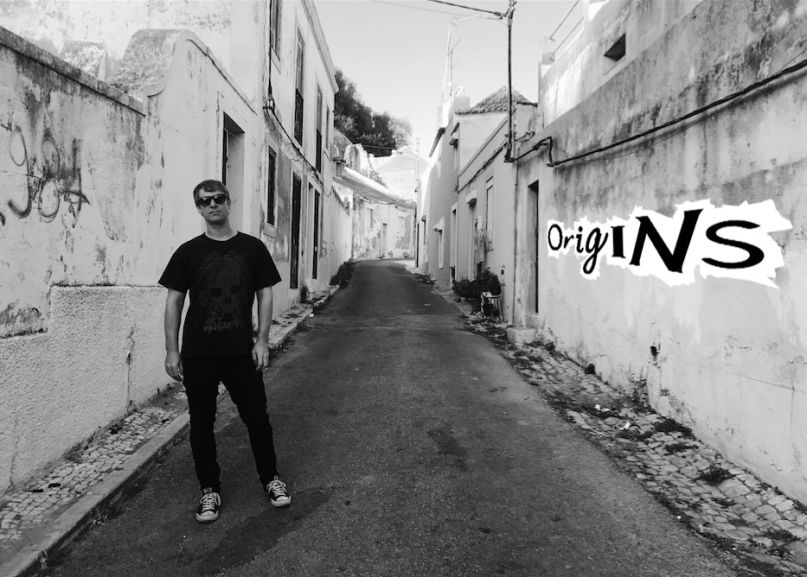 It’s been two years since Alex Fitts has released a new song from the project that put his name on the map, The Kickdrums. That’s not to say the constantly moving artist has been keeping to himself, however. He’s spent time with two other projects, Fake Guns and his collaboration with Sizzy Rocket, Shiny Wet Machine, while also producing for the likes of RZA, Machine Gun Kelly, SWIMM, and Kid Cudi. But The Kickdrums have continued to beat on, if only in the background. Today, the band returns to the forefront with a new single, “Love Is Fine”.

The track clearly harnesses some of the tricks he’s picked up during his work in hip-hop. There’s an indie electronica buzz and rhythm to the whole affair that is perhaps a bit of low-end away from being a rap beat. With a touch of swirling guitars and Fitts’ voice reiterating, “You somehow remind, mind,” it moves about with a rather hypnotic hue that paints a gorgeous return for The Kickdrums. Take a listen below.

For more insight on “Love Is Fine”, Fitts takes us through the journey that led him to the track for our latest Origins feature. “I find a lot of inspiration from simply collaborating with other people but on a track like this I do everything alone,” he tells Consequence of Sound. “I take it on as a challenge to look only within myself. My daily life or my struggles and happiness, defeats and victories all distracting me in their own ways. This song took me a few months to finally finish. Here’s its story and my process.”

I wake up everyday and grab a coffee here at the bodega across the street from my apartment. I like to walk around and smoke a few cigarettes and shake the cobwebs out. Times like that are when I do a lot of my lyric writing in my head. I think my neighbors hate me. Always outside… always pacing around smoking. I don’t live in a building where people chat very much. I don’t know anyone. It’s never gotten past a friendly “hello”. I know the names of some of their dogs but never them. It’s New York after all… But creatively that’s when I’m at my best. Walking around for whatever reason creates enough of a diversion to open my mind.

I try and ride my bike everywhere especially in the past few years. I don’t like the subway anymore. Going to the studio I only use the subway if its raining or super cold/icey. When I’m headed to the space I cut through Manhattan to the Williamsburg Bridge and over. It’s my favorite part of the day. Looking at the river gives me energy. I love the East River. It’s powerful and beautiful and disgusting. The epitome of New York. From the bridge you can see everything. Brooklyn on the way there and Manhattan on the way back.

I work out of a small space in Greenpoint, Brooklyn. It’s nothing fancy, but I have everything I need and I can be as loud as I want. I’ve almost always worked out of the house anyways. You don’t need a full studio anymore. Maybe if your recording an orchestra or if you want a cleaner mix down, but I don’t even like other people mixing my stuff and the word “clean” doesn’t enter my musical vocabulary very often.

The song started out just as a simple loop. I let it loop over and over. Sometimes I procrastinate for hours enjoying the idea of the song already being finished in my head. Imagining it being perfect. Becoming the best song I’ve ever written. It’s fun to imagine that for as long as possible and not have to deal with the reality that it may not end up being very good. As of then, it was just a simple loop with so many possibilities… “But what if I fail…” “But what if I fail…” The voice in my head always creeping in. Eventually the desire to create surpasses my fear.

This song was written about my ex-girlfriend. This is a picture from the Hudson Valley where we liked to go. We broke up in August after two and a half years. I’d like to tell you it was because we weren’t compatible or because the relationship had run it’s course, but I’d be lying. If there’s a time and place for lying, this isn’t one of them. I messed it up. I’m far from perfect. The lyrics were written prior to splitting up. They’re not sad lyrics. They’re about chemistry and the bond you form with someone. Mentioning this isn’t meant to be sad either and this is not a dedication to her. It’s a part of the story. It’s just the truth.