R.I.P. David Cassidy, musician and star of The Partridge Family has died at 67 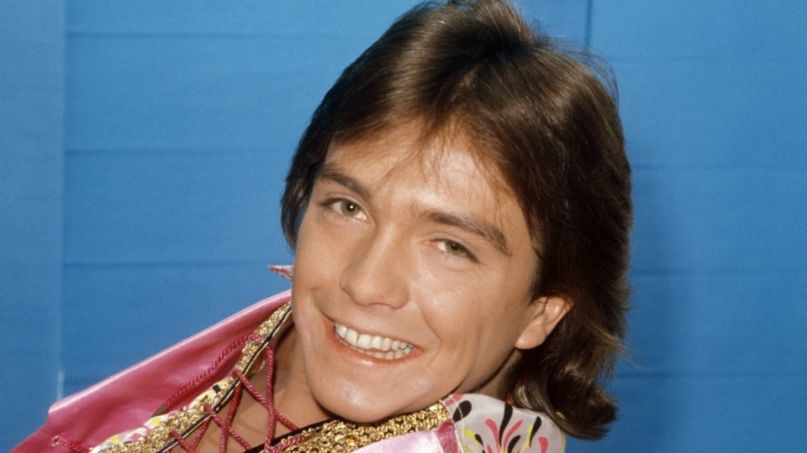 David Cassidy, The Partridge Family star who later became a massively successful solo musician, has died at the age of 67.

According to Variety, Cassidy had been suffering from dementia and was hospitalized earlier this week after experiencing organ failure.

At the age of 19, Cassidy was cast to play the role of Keith Partridge on ABC’s musical sitcom The Patridge Family. On the air for four seasons, the show — which was loosely based on the real-life musical family The Cowsills — proved a smash both on TV and in the music world. Several of its original songs, such as the classic “I Think I Love You”, cracked the top of charts, and the fictional Partridge Family group even earned a nomination for Best New Artist at the 1971 Grammy Awards.

The program was also known for its revolving door of famous faces, including Dick Clark, Richard Pryor, Jodie Foster, and future Charlie’s Angels stars Farrah Fawcett, Cheryl Ladd, and Jaclyn Smith. Johnny Cash reportedly made an uncredited cameo in the series’ first episode. Even after its end in 1974, the sitcom went on to spawn an animated spin-off, board game, comic books, and a reunion special.

The success of The Patridge Family led to Cassidy’s rise as a teen idol and empowered him to launch his own solo music career. He quickly became one of the most popular live performers of the 1970s, consistently selling out arenas such as Madison Square Garden in New York City and London’s Wembley Stadium. The hysteria surrounding Cassidy — or “Cassidymania” as they called it at the time — took a tragic turn of events in 1974, however, when 800 people were injured during a stampede at a concert in London. A 14-year-old fan later died from her injuries. The incident caused Cassidy to retire from touring and focus his efforts exclusively as a songwriter.

For the next three decades, Cassidy put out more than seven solo albums, such as 1976’s Getting It in the Street, 1985’s Romance, and 1998’s Old Trick New Dog. He also participated in musical theater projects, appearing in productions of Little Johnny Jones and Joseph and the Amazing Technicolor Dreamcoat, as well as popped up on TV shows such as The Love Boat. In 1978, he guested on Police Story, for which he was later nominated for an Emmy.

But the fame also took a toll on the actor-musician. His legal issues and battles with alcoholism were well documented: he was arrested numerous times for driving under the influence. In 2014, he was ordered to enroll in inpatient rehabilitation as a result, and in 2015, he was sentenced to community service and a fine and had his license suspended for half a year. His popularity and star power also didn’t protect him from financial troubles, as he filed for bankruptcy in 2015.