Morrissey doubles down in his defense of Spacey and Weinstein: “Just a pathetic attempt at courtship”

"I have never been sexually harassed, I might add," the former Smiths frontman noted 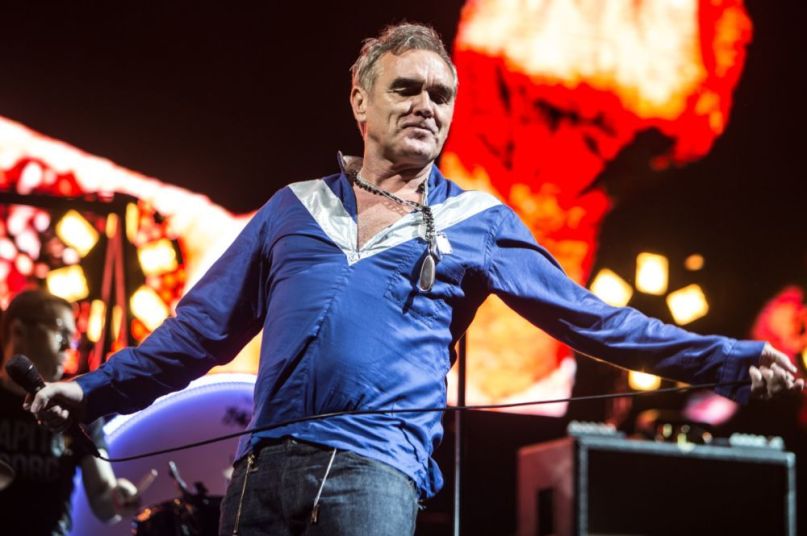 Morrissey may have a new album to promote, but that hasn’t stopped him from dishing out the hot takes for which he’s so famous. Last week alone, the former Smiths frontman defended outed predators Kevin Spacey and Harvey Weinstein and said he’d kill Donald Trump if he had the chance “for the safety of humanity.” Now, in a new interview with The Sunday Times, he’s offered up more words on both topics.

“You must be careful as far as ‘sexual harassment’ is concerned because often it can be just a pathetic attempt at courtship,” he replied when asked about the behavior of Spacey and Weinstein.

It’s a comment that recalls those he recently made to Germany’s Spiegel Online: “Anyone who has ever said to someone else, ‘I like you,’ is suddenly being charged with sexual harassment,” he told them, later elaborating by saying, “Some people are very awkward when it comes to romance anyway. They do not know what to do and then their behavior is aggressive.” In the same interview, he disparaged the numerous women who’ve come forward with allegations against Weinstein for “play[ing] along.”

When pressed further on the topic of sexual assault by The Sunday Times, he said, “I’m sure it’s horrific, but we have to keep everything in proportion. Do you not agree? I have never been sexually harassed, I might add.” A curious revelation from someone who considers themselves “humasexual.”

Morrissey also didn’t mince words when it came to Trump, who he referred to as “the obvious international pest.”

“He’s beyond salvation,” he told The Sunday Times. “Beyond any help. The biggest security threat to America and the world. He’s like a two-year-old constantly reaching for something, damaging it and then moving on to something else and destroying it.”

On that one, at least, we can agree.

Pivoting off those topics, he spoke on the general state of journalism and what he considers the death of free speech. “It’s very difficult to sit down with somebody and simply convey your feelings. In a democracy you should be able to give your opinion about anything. We must have debate, but that doesn’t happen any more. Free speech has died. Isn’t modern journalism about exposing people?”