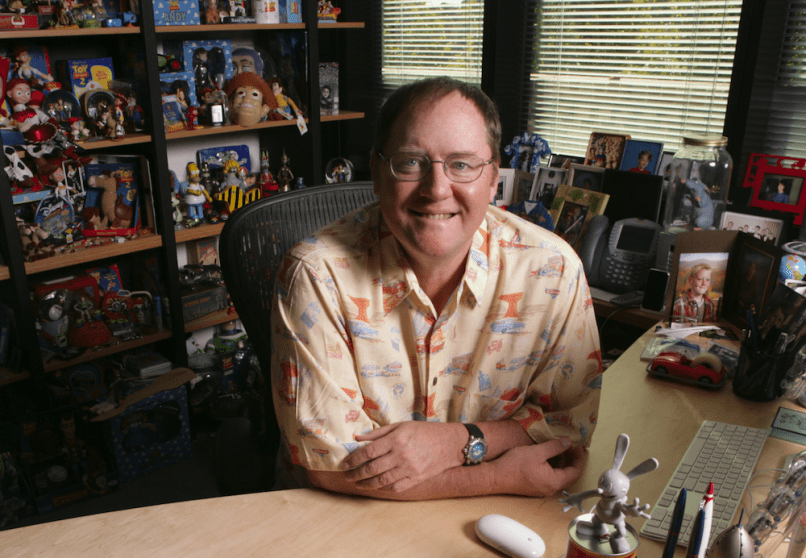 John Lasseter, Head of Pixar and Walt Disney Animation, will be taking a six-month leave of absence from his post following countless allegations of sexual misconduct.

According to The Hollywood Reporter, multiple Pixar insiders, as well as those from across the animation community, have come forward to document a pattern of troubling behavior, which includes “grabbing, kissing, making comments about physical attributes.”

One such “unwanted advance” was made toward actress/writer Rashida Jones, a source told THR. As a result, Jones and her writing partner reportedly ceased all involvement with Pixar’s Toy Story 4, which is scheduled to hit theaters in 2019. A separate studio source contends the split was over “creative differences.”

Lasseter’s inappropriate behavior was so well known, sources said, that some had developed a move they coined “the Lasseter” to keep him from touching them. One insider recounted to THR an instance in which he saw a woman appearing to use a form of “the Lasseter” to prevent unwelcome contact.

“She was bent over and [had her arm] across her thigh,” he relays. “The best I can describe it is as a defensive posture … John had his hand on her knee, though, moving around.” When this insider asked the woman about the 2002 encounter, “She said it was unfortunate for her to wear a skirt that day and if she didn’t have her hand on her own right leg, his hand would have travelled.”

As THR notes, in a memo to his staff today, Lasseter acknowledged the “painful” rumors and “missteps” he’s taken. “I have always wanted our animation studios to be places where creators can explore their vision with the support and collaboration of other gifted animators and storytellers,” he wrote. “This kind of creative culture takes constant vigilance to maintain. It’s built on trust and respect, and it becomes fragile if any members of the team don’t feel valued. As a leader, it’s my responsibility to ensure that doesn’t happen; and I now believe I have been falling short in this regard.”

Lasseter, of course, is just one of over 60 men accused of sexual misconduct since Harvey Weinstein’s bombshell report.

Update: Jones denies leaving Toy Story 4 over “unwanted advances” from Lasseter. In a statement to Variety, Jones and her writing partner Will McCormack say the split was attributed to “creative and, more importantly, philosophical differences”:

“We feel like we have been put in a position where we need to speak for ourselves. The break neck speed at which journalists have been naming the next perpetrator renders some reporting irresponsible and, in fact, counterproductive for the people who do want to tell their stories. In this instance, The Hollywood Reporter does not speak for us. We did not leave Pixar because of unwanted advances. That is untrue. That said, we are happy to see people speaking out about behavior that made them uncomfortable. As for us, we parted ways because of creative and, more importantly, philosophical differences.

There is so much talent at Pixar and we remain enormous fans of their films. But it is also a culture where women and people of color do not have an equal creative voice, as is demonstrated by their director demographics: out of the 20 films in the company’s history, only one was co-directed by a woman and only one was directed by a person of color. We encourage Pixar to be leaders in bolstering, hiring, and promoting more diverse and female storytellers and leaders. We hope we can encourage all those who have felt like their voices could not be heard in the past to feel empowered.”