"Hey chicks, sue me!" Simmons yelled after bursting into a private meeting and tearing open his shirt 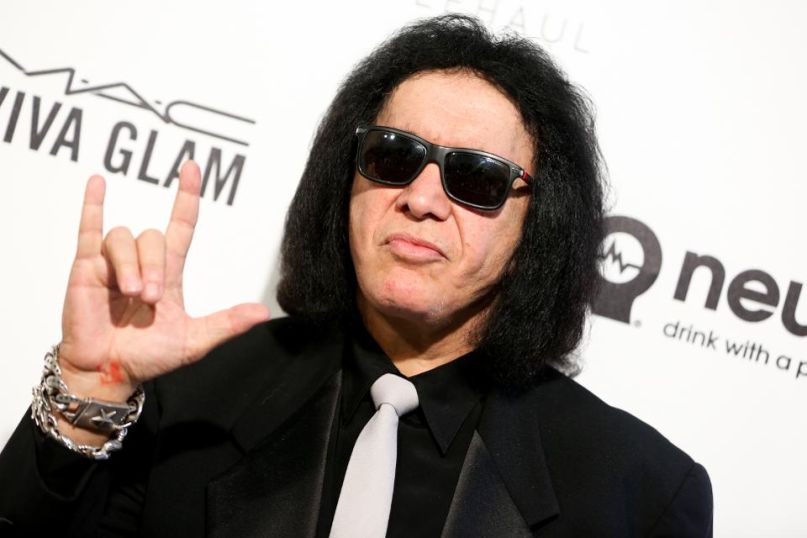 Kiss frontman Gene Simmons has been banned for life from appearing on Fox News and Fox Business Network programs in a turn of events that’s infinitely more embarrassing for Fox News than it is Simmons. It was dumb enough that the network would time and again bring on a sexist, bigoted lunatic who once tried to trademark the devil’s horn gesture, but their pearl clutching at his brazen behavior is rich considering this is a company that for years cultivated a culture of gross, lip-smacking misogyny.

The Daily Beast reports that Simmons was banned after bailing on a FoxNews.com interview for his new book, On Power, and crashing a staff meeting. There, he apparently opened his “red velvet shirt to reveal his chest and belly” and shouted, “Hey chicks, sue me!”

This was in reference to an earlier conversation on Wednesday’s Fox & Friends, when Simmons was asked for his thoughts on the Harvey Weinstein scandal. Simmons cheekily replied, “The lunatics have taken over the insane asylum when respected business entities such as yourself ask guys that like to stick their tongues out what I think of Harvey Weinstein.” He has a point.

According to sources, Simmons told “Michael Jackson pedophilia jokes, and then bopped two employees on the head with his book, making derisive comments about their comparative intelligence according to the sound their heads made when struck.”

Hilariously, Simmons’ photo is now posted at the security entrance of the company’s Manhattan headquarters with a “do-not-admit” advisory, and, dear god, we’re praying that this is the photo they used.

You can watch Simmons’ final appearance on FOX News below: