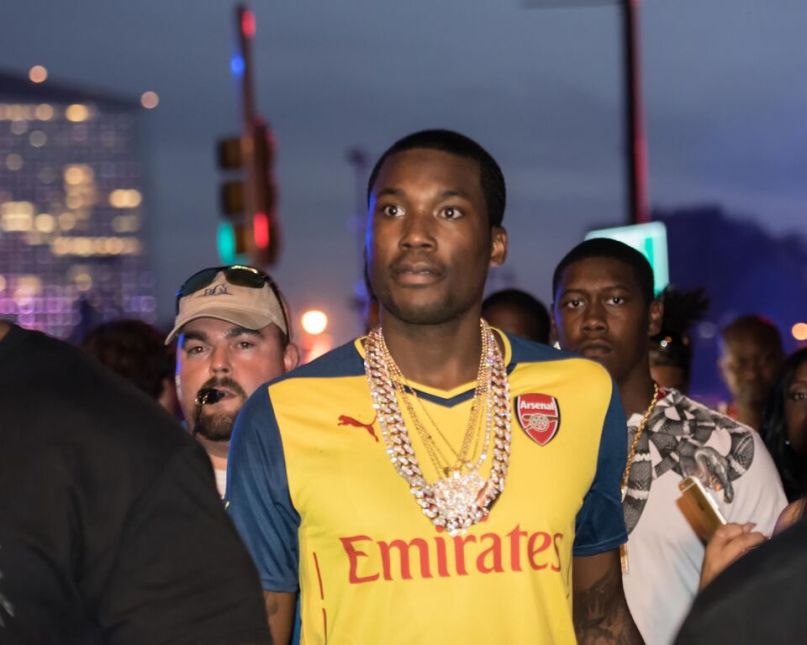 Rapper Meek Mill (né Robert Williams) was sentenced to a minimum of two years in prison earlier this month for parole violation. A Philadelphia judge ruled that two arrests from earlier in the year — one for assault and one for reckless driving — were cause enough to revoke his probation. That’s despite the fact that both the prosecution and Mill’s probation officer suggested no jail time. JAY-Z, whose Roc Nation Management represents Meek Mill, spoke out against the ruling, calling the sentence “unjust and heavy handed.”

But Hova isn’t the only one to find something odd about the judge’s ruling. Page Six reports that the FBI has launched a probe into Judge Genece Brinkley, the authority presiding over the case. They’ll presumably be looking into allegations made by Williams’ lawyer, Joe Tacopina, who claims the judge has showed “enormous bias” against the rapper.

Tacopina claims Brinkley has “repeatedly” asked Williams to leave Roc Nation and sign with Charlie Mack, a Philadelphia music figure with whom Williams worked early in his career. Also, there’s word that Brinkley once pressured Williams to record a Boyz II Men cover — Mack represents the group — and give Brinkley “a positive shoutout” in the lyrics. This exchange apparently occurred in Brinkley’s private chambers with Williams’ then-girlfriend Nicki Minaj present.

Page Six reports that a source within the FBI confirmed that the bureau has “an interest in the judge and [her] potential relationships.” “This is an investigation looking into a possible extortionate demand. Undercover agents have been in the courtroom monitoring the Meek proceedings since April 2016,” said the source. They continued, “Mack had previously told Meek how he ‘knows the judge and he could help him with his case.’”

Mack, however, claims he doesn’t know the judge. “I’ve spent more time talking to you than I ever talked to the judge,” he told Page Six. “There is no conspiracy, Meek is an old friend of 30-plus years.”

Brinkley didn’t respond to requests for comment, while the FBI Philadelphia field office and Tacopina remain tight-lipped on the probe’s existence. It’s worth noting that the incidents that led to the probation violation included Mill testing positive for Percocet after becoming addicted following his wisdom teeth removal (he voluntarily went to rehab and kicked the habit), popping a wheelie to for a music video, and breaking up a fight in an airport. All the charges were dropped.