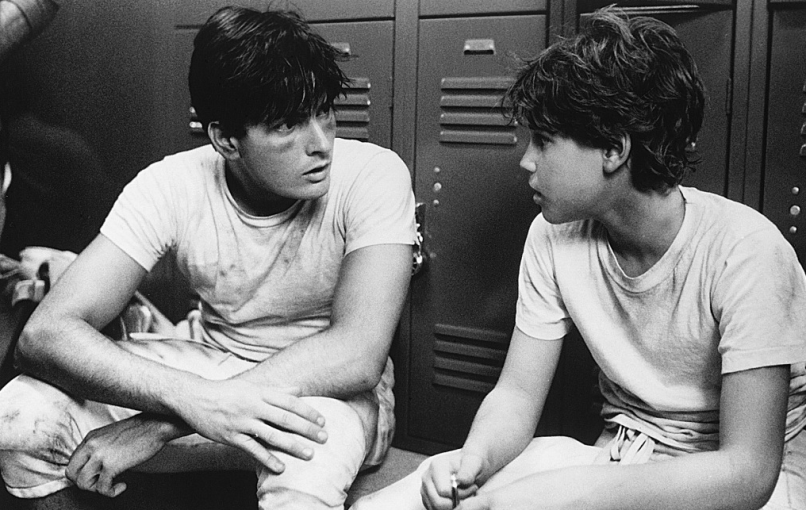 Charlie Sheen is the latest celebrity to be accused of sexual misconduct, and the allegations are shocking. Sheen is said to have raped Corey Haim on the set of 1986’s Lucas when the late star was just 13 years old.

Sheen would have been 19 at the time, meaning a sexual encounter would have constituted statutory rape. Sheen and Haim apparently had sex when both were of legal age, as well, as Brascia continued, “Haim told me he had sex with Sheen again [in his 20s]. He claimed he didn’t like it and was finally over Sheen. He said Charlie was a loser.” The National Enquirer says “dozens of other sources” reaffirm Brascia’s account, adding that Haim outed Sheen as his abuser before he died.

Interestingly, the story aligns with a situation Corey Feldman revealed in his 2013 book Coreyography: A Memoir. Though he never named the older individual, Feldman wrote,

“…An adult male convinced [Haim] it was perfectly normal for older men and younger boys in the business to have sexual relations, that it was ‘what all guys do.’ So they walked off to a secluded area between two trailers during a lunch break for the cast and crew and Haim, innocent and ambitious as he was, allowed himself to be sodomized.” (via Your Tango)

While he didn’t mentioned Sheen directly in Coreyography, Feldman has not shied away from sharing his general opinion of the oft-troubled actor. “Charlie and Corey started their careers pretty much together,” he said in 2011, “and Corey fought for his entire life to recover from those early experiences and to get his life together.”

Adding more complication to the story is the fact that Brascia himself was accused of having sex with Haim. In 2016, Haim’s friend Greg Harrison wrote a Facebook post saying it was actually Brascia who raped Haim when he was 14; Brascia would have been about 28 at the time. Harrison went even further by claiming that it was Feldman himself who helped cover up the incident out of jealousy of Haim.

Haim himself claimed that he’d been molested and raped by two older men during his child star years. However, he never publicly named his assaulters before he died of pneumonia in 2010 at the age of 38. Feldman has recently been trying to raise $10 million to fund a documentary outing what he calls “Hollywood’s pedophilia ring,” something he says both he and Haim fell victim to in their youth. Haim’s mother, Judy Haim, has called the move a “distraction” from Feldman’s recent drug arrest and claims it’s part of “a long con.”

In a brief statement to The Hollywood Reporter, a rep for Sheen said, “Charlie Sheen categorically denies these allegations.”