Ultimately, Dylan himself lost interest in seeing the project to fruition 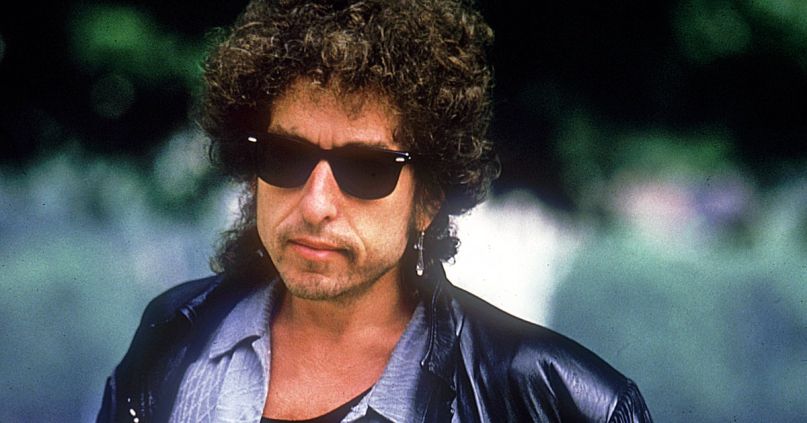 Bob Dylan: Musician, poet, Nobel Prize winner…comedian? Comic Book Resources just dug up a 2014 You Made It Weird interview with writer and director Larry Charles (Seinfeld, Curb Your Enthusiasm), who reveals that in the ’90s he and Bob Dylan pitched a slapstick comedy to HBO that, despite the network green-lighting it, never came to fruition due to Dylan’s own disinterest.

(Ranking: Every Bob Dylan Album From Worst to Best)

As Charles lays it out, Dylan reached out to him during a period when the legendary songwriter was obsessed with Jerry Lewis comedies, saying that he wanted to write and star in his own series. The pair met at a “boxing gym in Santa Monica” that Dylan apparently owned and culminated with Dylan dumping out various scraps of hotel stationary filled with lines of dialogue, weird names (“Uncle Sweetheart”), and random-ass phrases (‘a pig in a wig”). “I don’t know what to do with all of this,” Dylan told Charles.

Charles helped Dylan form it into an “elaborate” pitch, which they then took into HBO. The meeting was a disaster, however, due to the network president showing Dylan his original Woodstock tickets and Dylan grumpily telling him he didn’t play Woodstock. As Charles tells it, Dylan stood with his back to the meeting, staring out the window the entire time. HBO still bought the series, but Dylan told Charles outside the office he was no longer interested. “It’s too slapsticky,” Dylan said.

Charles continued working with him, however, reworking their outline into the 2003 drama Masked and Anonymous, which starred Jeff Bridges, John Goodman, Jessica Lange, and Dylan himself. Everyone agrees it’s really, really weird, though not nearly as weird as the image of Bob Dylan slipping on a banana peel or whatever.

Still, let no one tell you Dylan doesn’t have a sense of humor. He did plagiarize his Nobel Prize speech from SparkNotes, after all.

Listen to the full episode here. The Dylan story begins roughly about one hour and 26 minutes in.