Plus, watch a live performance of the track from Olsen's forthcoming rarities collection, Phases 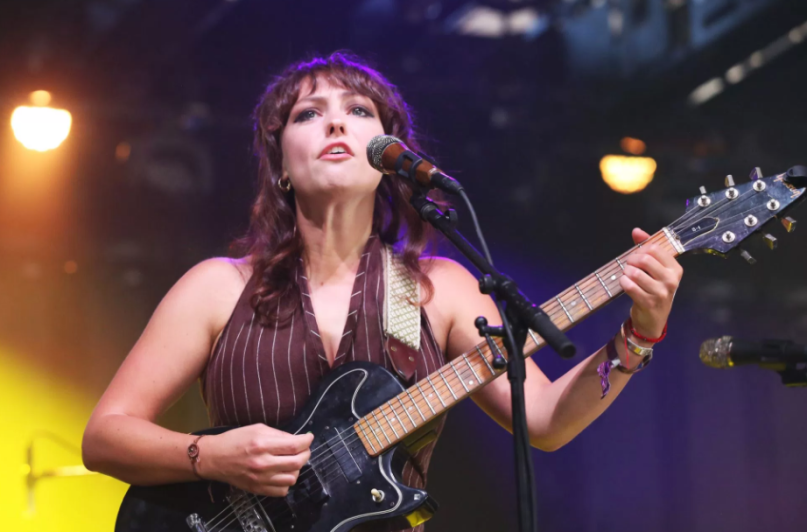 Angel Olsen will release Phases, her new collection of rarities and B-sides, this Friday, November 10th via Jagjaguwar. The 12-track album features a number of previously unreleased songs, including the lead single, “Special”, and the newly revealed demo, “Sans”.

Recorded in the summer of 2015 between Burn Your Fire for No Witness and last year’s My Woman, “Sans” is a lonesome song containing nothing more than Olsen’s croon and a guitar that rolls gently like the nighttime highway outside a car window. In a press release, the singer-songwriter said the song is “short and simple — but about a big thing in my life: travel and what it can do to the psyche.” She continued,

“When you’re out there and you’re working and moving so fast it’s difficult to really imagine a time when you were fully realized and known. You know, it’s hard enough to be known when you’re around! But then there are those people in your life that know you and don’t need you around all the time to be or feel close-I suppose it’s about that too.”

Take a listen to the demo below.

Olsen also performed “Sans” during a recent stop at KCRW’s Morning Becomes Eclectic. The full performance will be live on November 13th, but you can watch her live rendition of “Sans” below.