Daring in its ambition, even when its experiments falter 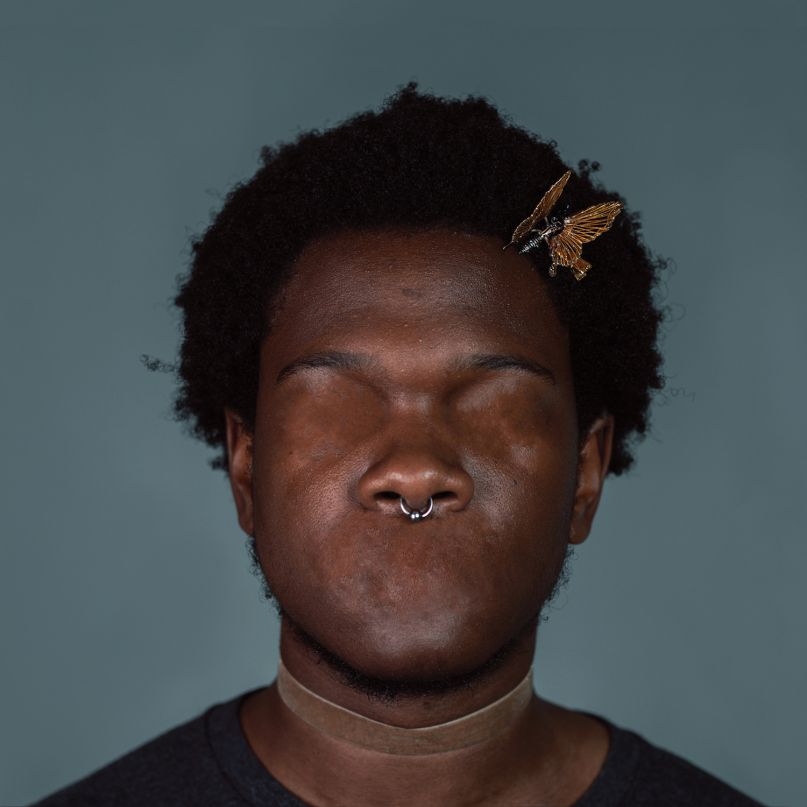 Shamir Bailey’s tale is one of reclamation. The 22-year-old musician underwent a series of personal and professional dilemmas over the past two years, and the result is a drastic reinvention of his sound from a sleek, playful, disco-inspired pop towards a pensive, soulful approach to lo-fi rock. More Kim Deal than Donna Summer, Shamir’s new record, Revelations, lives up to its name as it opens a window into his struggles. Equal parts prescient and inventive, the album is daring in its ambition even when its experiments falter.

Shamir first emerged from the Las Vegas DIY scene in 2014 with the remarkably confident Northtown, an EP that made him the breakout star of the contemporary electronic label Godmode. A masterful songwriter with a charming, outspoken personality, he was quickly signed to XL Recordings and released the fun Rachet, a debut that deftly exemplified contemporary trends and put Shamir’s voice on full display. As picturesque as his rise seemed from the outside, things were far from ideal.

In an interview with The New York Times, Shamir explained that he felt he was being pushed to be a caricature of himself, and when he wanted to shift away from dance-pop towards indie rock, XL was less than supportive. Between creative differences and other issues, Shamir was dropped from XL, and he considered quitting music entirely before Hope, a lo-fi project he recorded over the course of a weekend and self-released in April. Soon after, he was hospitalized for a week after a psychotic episode and then moved back home to recover and record what became Revelations.

Rather than sign to a major label, Shamir decided to team up with Father/Daughter Records, an independent label that has released records from exciting, young rock bands like Vagabon, Sports, Diet Cig, and Forth Wanderers. While labels aren’t the signifiers of a cohesive identity they may have been 20 years ago, Revelations finds Shamir in good company alongside his peers, crafting a heartfelt and introspective, pared-down rock record.

Playing all the instruments and mixing the album himself, Shamir is actually able to display more of his range under the nominal restrictions of lo-fi compared to the elaborate production of Rachet. Over Casio-sounding keys, Shamir’s screed against the music industry opens the album on “Games”, where he throws his voice around with a self-aware dramatic flair like a Magnetic Fields song. On “You Have a Song”, sharp, distorted guitars and a punchy bass line recall a slowed-down Breeders song before the chorus turns into a grunge ballad. Then with “Blooming”, he goes back to a ‘60s girl-group sound with respect to the melodies and chords, stripping off the harmonies and orchestration.

What anchors Revelations is Shamir’s tremendous voice, which is able to add a whole dimension that many of his contemporaries can’t when mining similar influences. Shamir described his voice in a tweet as “Nina [Simone]’s on helium,” an apt comparison; on the record, he is able to infuse a level of soulfulness that makes a somber ballad like “Astral Plane” all the more effective. When he turns his aim inward on “Float”, revealing his inner anxieties, the weariness in his voice infuses the weight of his experiences into song.

At times, Shamir’s ambitions get the better of him, especially on lead single “90’s Kids”. A compelling idea, Shamir takes a series of phrases, concepts and signifiers that define the millennial experience, and repurposes them to craft an attempt on a generational anthem. Over a catchy melody, Shamir drafts a defense for his generation against the hundreds of tired “Millennials are killing X” thinkpieces, covering vocal fry, self-care, and massive debt before concluding “we out here struggling.” The idea of rebutting stereotypical generalizations by turning them inside out is noble, but the line between satire and earnest sentiment blurs as complicated ideas are distilled to a catchphrase.

When he narrows his scope, it can lead to sharp and incisive results like “Straight Boy”, the album’s closing track. A blistering commentary on performative masculinity, the song takes on the contradictions of unearned confidence and entitlement that leads to prejudice and hate that gets taken out on marginalized groups. Singing with resigned disappointment rather than vitriol, Shamir makes lines like “All straight boys care about is how they’re viewed from the outside” ring out with poignancy. Buoyed by a striking video, where Shamir, who identifies as non-binary, sings the song next to a straight white male playing guitar, the song aims at the underlying biases in indie rock that work against people who don’t fit the outdated idea of what the genre represents. That the song might be met with knee-jerk defensiveness rather than self-reflection proves its point.

Revelations stands as a deeply personal, resonant album, made all the more so by knowing that it was made with no outside pressure compared to his earlier work. The lo-fi approach largely works to his benefit, giving the album a homegrown charm. Even though the album has a couple stumbles and is a bit all over the place at times, the fact that he took a risk to redevelop his entire sound and still released an album as cohesive as Revelations is a feat unto itself. A quick listen at 31 minutes, the album hints at the new directions Shamir can take now that he’s found a path forward, and if they’re half as moving as a song like “Straight Boy”, he may be on to something.