Plus, The Strokes guitarist shares his 10 favorite Christmas songs 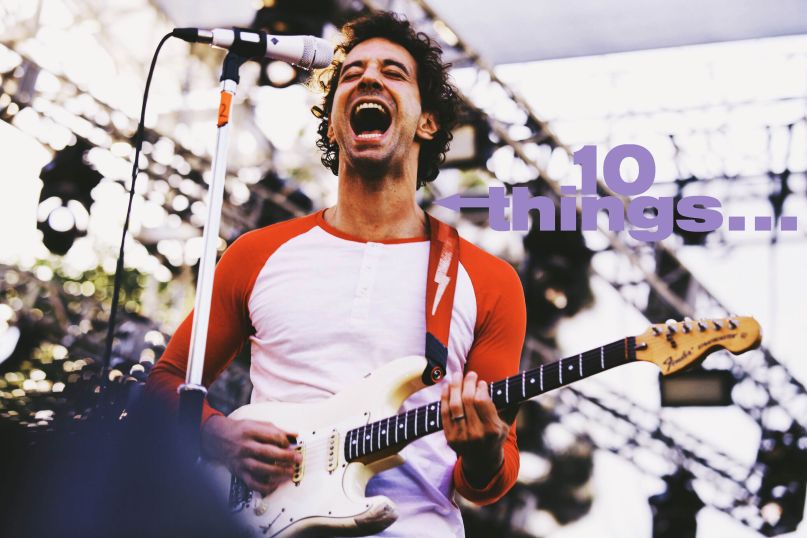 With Black Friday madness and fires from failed fried turkey experiments dying down, it’s beginning to look a lot like Christmas. That means it’s time to dust of the Trans-Siberian Orchestra albums and reload that Indie for the Holidays playlist, because it’s time to fill your house with the classic sounds of seasonal music. Amazon is once again uploading new tracks to their annual playlist, including songs from Charly Bliss (“All I Want for Christmas (Is You)”), Best Coast (“Little Saint Nick”), Jessica Lea Mayfield (“To Heck with Ole Santa Claus”), Kevin Morby (“Blue Christmas”) and more.

The Strokes guitarist Albert Hammond Jr. has also contributed his own rendition of a memorable Xmas tune for the playlist. He took on the oft-covered “The Little Boy that Santa Claus Forgot”, delivering a soft and sad rendition befitting the lonely lyrics of the song. However, he also put his own little spin on things by dropping in a more uplifting snippet of George Harrison’s “My Sweet Lord” between the verses. Take a listen below.

Hammond Jr. isn’t all about the sad side of the holidays, though. In fact, he’s shared his 10 favorite Christmas songs for our latest 10 Things feature. Check out his list below.

Not to be mistaken for Hanz Gruber, the terrorist who organized the seizing of the Nakatomi towers in Die Hard.

Beethoven is one of my favorites. It was him and rock n roll. To think this was his last piece. So good. I forget what part, but it gets really quiet and builds up and explodes. There is a movie called Immortal Beloved and it has the most amazing scene that shows him when he is young and this song is playing.

When cocaine just isn’t enough to get you in the holiday spirit, you have this song. It’s the musical equivalent to hair of the dog.

Loved the cartoons growing up and never knew/got into the music till much later in life. Now I haven’t seen the cartoon in forever, but listen to the music every holiday season.

Hallelujah for his cover.

This is too funny. Especially if you see the Bowie/Crosby version before or after.

Perry Cuomo — “It’s beginning to look a lot like Christmas”:

I never knew Perry Cuomo’s voice could sound so definitively Christmas like.

Rudolph won’t be running any faster than with this riff giving him a kick in the ass.

Albert Hammond — “Under the Christmas Tree”:

My mom and I got hit by a car when I was nine and my dad was recording this. We were in London. I fell in love with London at his time.

Hammond Jr. will be bringing joy to audience beyond the holiday season as he hits the road with The Killers for a series of US shows this February. Find his complete itinerary below.