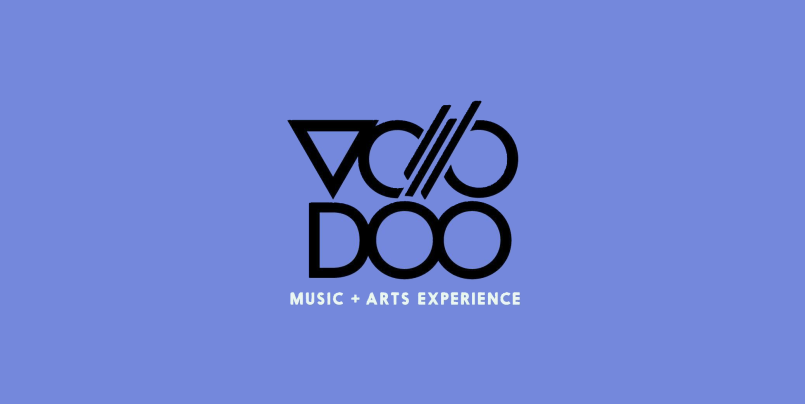 “There’s nowhere else in the fuckin’ world that celebrates music like this city,” said Foo Fighters frontman Dave Grohl during the band’s Saturday night headlining set. “It’s on every corner, in every bar. You name me one fuckin’ city where it’s okay for a band to march down the street with 700 people behind them drinking and it’s okay. There’s no other city like that – you know that right?!”

Though the question was clearly rhetorical, chances are that the thousands of music fans watching that evening – even those who hailed from other cities around the globe – were answering internally with a resounding “yes.” Voodoo has always branded itself as a music and arts experience, and in its 19th year, with help from C3 Presents, the festival increased that factor tenfold with an expanded haunted cemetery and countless other aesthetic improvements.

Still, what’s made the three-day event special is its consistently damn-good music rosters, and this year was no exception: Friday featured LCD Soundsystem, Kendrick Lamar, and Galantis in what was essentially an unbeatable triple-headliner scenario (they each got 90 minutes with Prophets of Rage sandwiched in between); Saturday was anchored by the titanic rock of Foo Fighters and the dazzling production of DJ Snake; and Sunday wrapped with respective EDM and rock heavyweights Dillon Francis and The Killers.

There’s also the whole Halloween element every year, which offers a feast for the eyes as most fans double down on their costumes. Yes, New Orleans peeps are notorious partiers, though that spirit de fête is perhaps more a reflection of the city’s lust for life in the face of a particularly rocky history, which has run the gamut from slavery to devastating hurricanes.

Andrew McMahon ruminated over this idea during his Friday evening set, drawing parallels between his recovery from cancer to the city’s ability to bounce back after Katrina (he played the year after in 2006 as part of Jack’s Mannequin). “It was great to see your smiling faces at that time, and [since then], I’ve loved the spirit of New Orleans,” he said.

What is that spirit precisely? Perhaps it’s resilience. Every year, Voodoo Fest embodies that feeling without pause – resilience of love for music, for arts, and for an experience that brings people of all stripes together to celebrate life.

Despite the inclusion of only two new songs (“The Man”, “Run For Cover”) off their latest (rather excellent) album, Wonderful Wonderful, and the fact that most of the rest of their set has become decidedly old hat, The Killers get a spot on this list for being the only band to really step up to the plate in terms of honoring Fats Domino, who passed away at age 89 the Tuesday prior to the fest. Sure, Dave Grohl offhandedly dedicated a solo during “Learn to Fly” to the Louisiana legend, but the Killers tackled a full-on cover of Domino’s 1955 single, “Ain’t That Shame”. Even better, they got a bad ass assist from local heroes, the Dirty Dozen Brass Band, who stuck around to make Sam’s Town staple “Bones” sound bigger than ever.

If you were among those who partied too hard on Saturday night, Ron Gallo provided the perfect pick-me-up — that is, if you were close enough. My one gripe is that his trio’s no-holds-barred ethos didn’t necessarily translate well on the enormous Altar stage. But fans of the snarky psych-punk movement shouldn’t sleep on his music; “Hallogallo”, “Entitled Man, Keep Your Hands Down Your Pants”, and “All the Punks Are Domesticated” off his cleverly titled debut album, Heavy Meta, sound like a meeting between Thee Oh Sees, early Wire and some of the more eccentric kraut rock of yesteryear. Which isn’t to say that the tunes don’t sound fresh – they do. Even a coda of the Beatles’ “Helter Skelter” resounded with new life when Gallo inserted his own erratic version of the signature solo, though nothing could compare to the screaming slide riffs he brandished by using a skateboard (instead of traditional beer bottle) during “Kill the Medicine Man”.

“For those of you who don’t know, the end of our album cycle is imminent,” said Whitney drummer/singer Julien Ehrlich toward the middle of the band’s Saturday evening set. “So when we called out to play shows like this … it’s overwhelming.” That sort of sentiment recurred throughout the Chicago outfit’s show. They seemed genuinely alarmed when the house lights came up and their audience continued to grow even with no shields nearby from the night’s icy gusts. Those moments only increased the feeling of wholesomeness that’s attached to the make-the-best-out-of-heartbreak-themed tunes off their debut album, Light Upon the Lake. By the time they closed with “No Woman”, all of the band members were nailing their respective parts and wearing grins that – despite the uncomfortably arctic temperature – looked noticeably wider than any other show of this festival season.

Post Malone says some seriously bizarre shit on stage. But he seems incredibly self-aware and because he’s extremely artistically astute, it actually comes off kinda charming – like an adolescent making mistakes along the way to something bigger and better.

“This is my favorite part of the show because there’s not that much singing, so I have time to smoke,” he said before lighting up a cig for the Pharrell Williams-produced “Up There”, one of a dozen or so bangers that entertained the weekend’s most sprawling audience on any side stage by far. “If you have anything to smoke, do it: cigarettes, weed, meth, PCP—I wanna see the fattest clouds.”

It’s hard to get behind such an endorsement, but it was easy enough to write off as a facet of Posty’s childlike ridiculousness. And no, that didn’t detract from his performance either, which saw him dedicating “Too Young” to the victims of the Las Vegas shooting, Tom Petty, among others; proving his true musicianship with the acoustic guitar-led “Feeling Whitney”; and closing things down with super-hits “White Iverson” and “Congratulations”.

While she could probably make a monetarily satisfying career out of penning songs for others (see: Rihanna’s “Bitch Better Have My Money”), it’s a good thing that Bibi Bourelly has ventured out on her own as a performer. Her Friday afternoon set signaled the emergence of an artist destined to reach significant heights by owning her sardonic wit and brash attitude and evoking the easy, natural soulfulness of the late-great Amy Winehouse. To that end, Bourelly proved masterful over both slick, venom-infused call-outs (insurmountable self-love on “Perfect”, middle fingers flying on “Sally”, and more fuck-you-I’m-a-boss defiance during “You Won’t Bring Me Down”) and gospel-infused sweetness when she debuted a stripped-down ballad about finding “sugar behind the pain,” which she said was written “shit-drunk at a bar right here in New Orleans.” That level of sheer genuineness on stage easily made up for ending about 12 minutes early than her allotted set time.