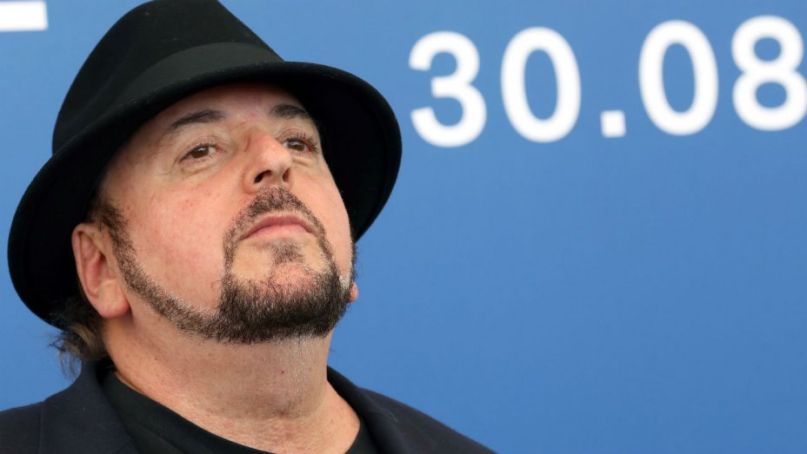 A report published in last weekend’s Los Angeles Times uncovered a repeated pattern of sexual misconduct by director/writer James Toback. The initial Times piece found 38 woman claiming to have been sexually assaulted and/or harassed by Toback, 31 of who put their name on the record. In the days since, many more women have come forward with their own stories of Toback’s alleged misconduct. As of Thursday afternoon, the number of women who had contacted the Times stood at a mind-numbing 310.

Among those victims are Hollywood A-listers Selma Blair and Rachel McAdams, who have since shared their stories with Vanity Fair. As it turns out, Blair assisted the LA Times with its investigation, but on the condition her name not be used over fear for her own safety. However, “when [Toback] called these women liars, and said he didn’t recall meeting them and that the behavior alleged could not be attributed to him, I just felt rage and an obligation to speak publicly now,” Blair explained.

Similar to many of Toback’s other alleged victims, Blair was invited to meet with the director under the pretense of discussing a film role, specifically: Toback’s 2001 film, Harvard Man. According to Blair, they had originally planed to meet at a restaurant, but at the last second Toback asked if she could come to his hotel room.

40 minutes into their meeting, Toback allegedly asked Blair, “Will you trust me? I cannot continue to work with you unless you trust me.” At that point, he asked Blair to take her clothes off. “I need you to take your clothes off. I need you to do this monologue naked,” he apparently told her. After some prodding, Blair obliged, concluding that “my representation sent me to see him. He must be really important.”

According to Blair, Toback then propositioned her for sex. When she declined and sought to leave, he allegedly blocked the door and demanded she pinch his nipples as he pleasured himself. After he finished, Blair said he told her, “There is a girl who went against me. She was going to talk about something I did. I am going to tell you, and this is a promise, if she ever tells anybody, no matter how much time she thinks went by, I have people who will pull up in a car, kidnap her, and throw her in the Hudson River with cement blocks on her feet. You understand what I’m talking about, right?”

UPDATE: The number of women who have contacted me about their encounters with James Toback now stands at 310. https://t.co/7jjbIwWqih

McAdams, too, met with Toback to discuss a role in Harvard Man. She was 21 years old at the time and their meeting came on the eve of her first TV job. As such, McAdams sought to postpone their meeting, but Toback insisted they meet that night. She finally agreed to meet Toback at his hotel, but once inside “the conversation turned quite sexual,” according to Adams. “He said, ‘You know, I just have to tell you. I have masturbated countless times today thinking about you since we met at your audition.'” She continued,

“He started that kind of manipulative talk of, ‘How brave are you? How far you are willing to go as an actress? I want to build some intimacy between us because we have to have a very trusting relationship and this is a very difficult part.’ Then he asked me to read passages out loud from different reviews of his films and different critics talking about his work. It was all so confusing. I kept thinking, ‘When are we getting to the rehearsal part?’ Then he went to the bathroom and left me with some literature to read about him. When he came back he said, “I just jerked off in the bathroom thinking about you. Will you show me your pubic hair?” I said no.”

Fortunately, Adams was able to leave his room without incident.

You can read the full accounts of both Blair’s and McAdams’ interactions with Toback here. When reached by Vanity Fair, Toback said he had no comment on any of the allegations.

Toback, 72, earned an Academy Award nomination for Best Original Screenplay for the 1991 movie Bugsy starring Warren Beatty. He also wrote the 1978 film The Gambler and directed such films as 1987’s The Pick-Up Artist and 1997’s Two Girls and Guy, both starring Robert Downey Jr.