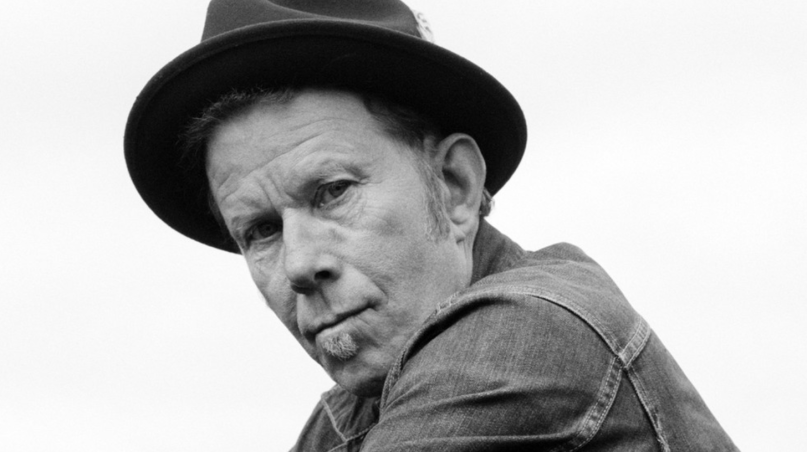 Tom Waits and Banksy are two of the most enigmatic figures in their respective fields. Waits has made a career for himself as one of the most imaginative composers to ever live, each of his projects unique in style, substance, and presentation. Especially of late, Waits’ output has beyond especially unpredictable: his latest recording prior to today came in the form of a pirate shanty made in collaboration with The Rolling Stones’ Keith Richards and released back in 2013. Last month, Waits made his first live appearance in several years… at a brewery, as a special guest of Mavis Staples. It was also recently revealed that Waits had secretly remastered his entire catalog with ANTI- Records, even going as far to create an entirely new remix for his 2004 album, Real Gone. Considering all this, Waits seems like an obvious candidate to collaborate with cryptic street artist known as Banksy, and that is indeed now the case.

Waits re-recorded “Innocent When You Dream”, from his 1987’s Franks Wild Years, to be played aloud at the piano bar at Banksy’s West Bank hotel. He explained in a statement, writing, “The Irish are no strangers to strife and division, and Waits selected this Irish tinged waltz because of its lyrical and wistful mix of regret and dreams for a world without walls.” Watch a video of the song being played aloud:

Bank’s Walled Off Hotel is a full-service hotel located in the West Bank city of Bethlehem. Its opening last year coincided with the 100-year anniversary of Britain’s occupation of Palestine, which kick-started a century’s worth of conflict in the region. With windows overlooking the wall separating the Palestinian territory from Israel, the hotel lauds itself as having “the worst view in the world.” Several other prominent musicians have contributed music to be played inside the hotel, including Massive Attack’s 3D, Red Hot Chili Peppers’ Flea, composer Hans Zimmer, and Nine Inch Nails’ Trent Reznor and Atticus Ross. You can listen to Reznor and Ross’ contribution, “Green Lines”, here.