The Breeders return with new single “Wait in the Car”: Stream

The alt-rock outfit's first release since 2009

by Donovan Farley and Michelle Geslani 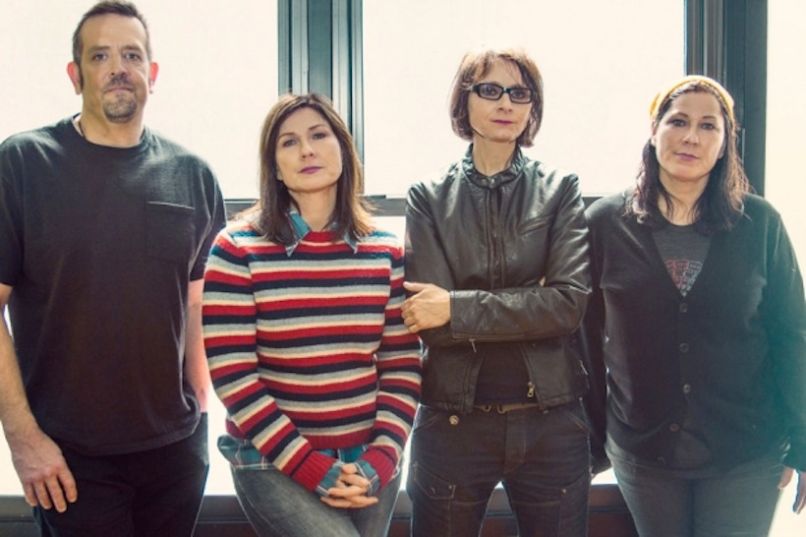 In July, The Breeders announced their first tour in three years. Now, the alternative rock outfit is back with perhaps even bigger news: their first music release since 2009’s reunion EP, Fate to Fatale. The new single is called “Wait in the Car” and can be streamed below via an accompanying visual.

According to a press statement, the raucous, two-minute track is the first featuring the classic lineup behind The Breeders’ 1993 LP, Last Splash — Kim and Kelley Deal, Josephine Wiggs, and Jim Macpherson. The group’s members hit the studio to work on this new material not long after going on a 20th anniversary tour of Last Splash in 2013.

(Read: The 10 Greatest Supergroups of All Time)

The song’s artwork and clip come from Chris Bigg (formerly of the v23 team who worked on the band’s previous releases on label 4AD) and Martin Andersen. The video in particular is comprised of 800 still images.

The “Wait in the Car” single will also form part of a new series of 7-inch releases. The Breeders’ last full-length was 2008’s Mountain Battles.

The group’s upcoming tour starts in Scotland on October 15th and will see the band venture throughout Europe before returning stateside to open for Arcade Fire in Minnesota and Chicago ahead of a string of headlining dates across the US. Check out The Breeders’ complete itinerary below.