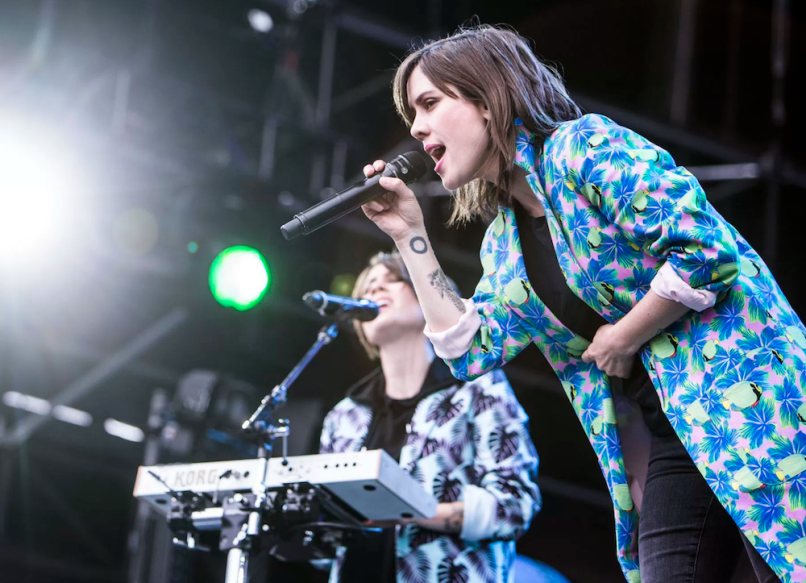 Today, Tegan and Sara celebrate the 10th anniversary of their breakthrough LP, The Con, with a guest-heavy covers album aptly titled, The Con X: Covers. Apple Music and Spotify users can stream it in full below.

The collection features contributions from Ryan Adams, CHVRCHES, Hayley Williams of Paramore, and Trashique, a collaboration between Grimes and Hana. Additional submissions come courtesy of Bleachers, Shura, Shamir, and Mykki Blanco. The digital edition of the album is bundled with four bonus tracks, including a demo by the Quin sisters themselves.

In a press release the twins explained that while the stripped-down The Con X: Tour would provide fans an intimate way of experiencing the classic album for diehard fans, Tegan and Sara also “wanted a companion piece that would live on past the anniversary, hence The Con X: Covers album was born.” Tegan continued,

“We wanted the proceeds to go to our recently launched Tegan and Sara Foundation, which raises money for self-identified women and girls in the LGBTQ community. With that intention set, we asked 14 artists who were either outspoken allies of the LGTBQ community or LGBTQ themselves to each cover a song from The Con, in any fashion they saw fit. All the artists agreed to donate their time and energy to the project and their labels all agreed to waive their fees as well. We are beyond grateful for the contributions of each artist, and we hope fans of The Con will be moved by their interpretations.”

Proceeds from their anniversary tour will also benefit their foundation.