From Twin Peaks to Parks and Rec, Briscoe brought warmth and texture to every role 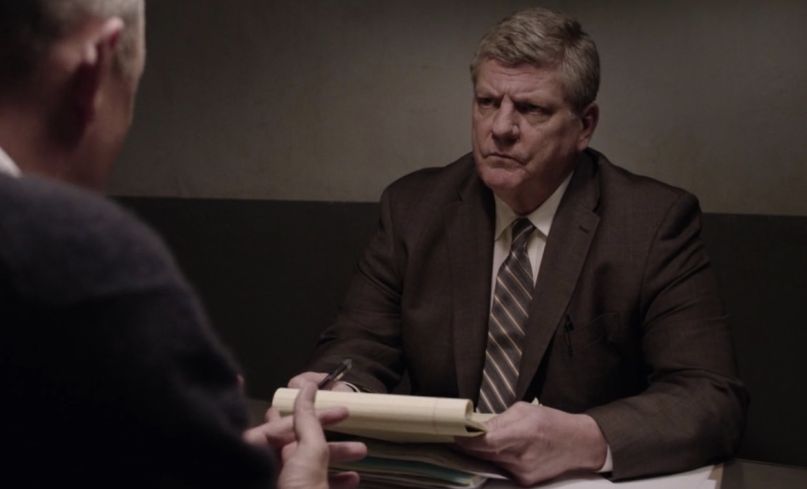 Brent Briscoe, a journeyman character actor who performed in more than 100 films and series in his career, has passed away at the age of 56.

A representative for Briscoe confirmed his death to Consequence of Sound, but declined to provide any further details.

Briscoe was most recently seen in David Lynch’s Twin Peaks: The Return, in which he appeared in seven episodes as befuddled South Dakota detective Dave Macklay. He previously played a detective in Lynch’s masterpiece, Mulholland Drive. Briscoe wasn’t a Lynch regular, however, as he was too busy popping up in the blockbusters and indies of filmmakers ranging from Sam Raimi and Christopher Nolan to Oliver Stone and Mike Judge.

Many might remember Briscoe for his recurring role as J.J. (of J.J.’s Diner) on NBC Parks and Recreation, though he was no stranger to TV, having guested on shows like 24, Justified, Brooklyn Nine-Nine, and Hell on Wheels.

But film was where it all began for him. A Missouri native, Briscoe moved to Hollywood after scoring a plum role in Billy Bob Thornton’s Sling Blade. His rugged, yet warm, countenance made him perfect to play authority figures and the occasional country lug. He reunited with Thornton for some of his subsequent roles, including in Stone’s U-Turn and Raimi’s A Simple Plan, where he co-starred as monkey-in-the-wrench Lou. Down the road, he’d make memorable appearances in Nolan’s The Dark Night Rises, Raimi’s Spider-Man 2, and Frank Darabont’s The Green Mile and The Majestic. That so many directors opted to work with him more than once is a sign of amicability if there ever was one.

Briscoe was also a screenwriter. He and Thornton reunited again when the latter starred alongside Patrick Swayze and Charlize Theron in Waking Up in Reno, a movie Briscoe co-wrote with his old college roommate, Mark Fauser.

We’ll miss seeing him on the fringes of pretty much everything we watch.