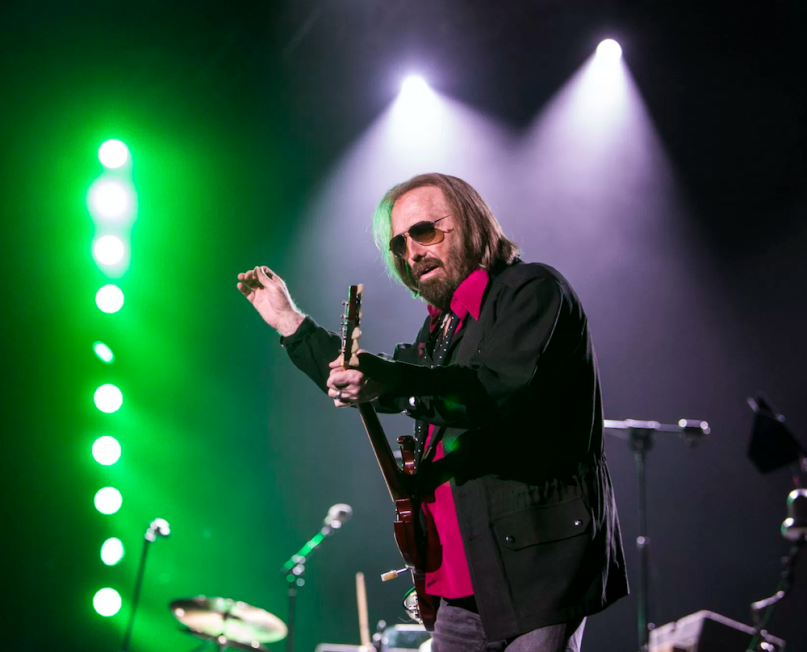 Tom Petty passed away last night at the age of 66 after suffering full cardiac arrest. In the hours since, there’s been no shortage of tributes for the iconic rocker. From the music world to the film community, he’s been mourned from all over the world.

(Read: The Very Best of Tom Petty and The Heartbreakers)

Following the minute of silence, Peter Buck joined the band for this wonderful rendition of Freefalling by Tom Petty.
R42 pic.twitter.com/KzRMHYGKwS

Check out a bunch of those social media tributes below. Shortly after Petty’s passing, Bob Dylan shared a lengthier statement on his longtime friend and colleague.

Tom Petty gone? That’s just so wrong. What a bad day this has been, in so many ways.

Sending love to Tom Petty and his family at this difficult time.

tom petty changed my life. there is a reference to him in everything i've ever written. i love his work and life.

RIP Tom Petty. Thanks for all the great rockin' music, hard to believe you're gone.

Safe passages to the summerlands, brother. You couldn't have left more dreams here for us. Thank you.
RIP pic.twitter.com/EhiuyHRINQ

Another great man gone too soon. #TomPetty you were an exceptional talent. Your legacy lives on. pic.twitter.com/GsmySCTNfU

I am so grateful for Tom Petty's music.
Feels selfish to want more, but I always will. Rest in peace. https://t.co/EBOt6J38zx

So sad about Tom Petty, he made some great music. Thoughts are with his family.

RIP Tom Petty
Thank you for giving so much, a lifetime of inspiration and love. Your music has changed this world for the better. pic.twitter.com/jZsjIN5Xu3

I can't believe we have lost Tom Petty on this already horrible day. My love to his wife & children and the entire Heartbreaker family.

Tom Petty. One of the great songwriters of our time. Prolific, honest and real. RIP pic.twitter.com/RpsZ5hkoyj

I'm crushed…
Praying for all those affected by Vegas last night.
And now the loss of one of my great influences Tom Petty today.
-JBJ pic.twitter.com/inkGqbMvD1

I loved Tom Petty and I covered his songs because I wanted know what it felt like to fly.
“you belong somewhere you feel free.”
????

I’m heartbroken to hear about Tom Petty. Tom was a hell of a songwriter and record-maker. He will be missed by everyone who loves music. L&M

.@TheSimpsons Terrible news. This was a wonderful guy. https://t.co/E0GvjT8gr1

Today America lost one of its musical giants. Thank you Tom Petty for all the music. To me you will live forever. pic.twitter.com/L6TrMBa6os

Thank you, Tom Petty, for all of the light you brought to the world.

Growing up in the 1980s in MTV America, Tom Petty might as well have been the Beatles. the music… https://t.co/GQDjvTHeOy

An artist who's music truly changed my life. To have lived in a time. #RIPTomPetty pic.twitter.com/PTPv45r0gb

This is unbearable. Vegas and now a great music hero has passed. You brought us so much joy, @tompetty. We will miss you. ❤️ #RIPTomPetty

Damn it. NO! Tom Petty got me thru this morning….

Damn ….Tom Petty I remember standing backstage w him & he tells me 'Go Get Em at a. Presentation #rockAnointed

Man this cannot be happening. Not Tom Petty please. Our deepest love and condolences to his family and band. A brother and true believer.

Tom Petty's music and songs are timeless. He was a wonderful writer, musician and singer. Irreplaceable and unique. #RIPTomPetty pic.twitter.com/SuIvDPOtIb

Wow. Another legend departs. You belong among the wildflowers Tom. Thank you for the music.

Tom Petty was unique in that his music was a bridge for two generations. Connecting kids to their parents with simple, beautiful rock songs

One night when I was 11, I played The Waiting by #TomPetty on a jukebox 100 times in a row. Loved the man's voice & his art. RIP, Legend. pic.twitter.com/DSrCRTVX8i

I've just heard the news about Tom petty….I can't fully comprehend this news. Tom petty was everything to me. I'm devastated.

Always reached 2 turn up the volume knob when Tom came on the radio. Thx for all those verses and choruses. #RIPTP

We've lost music lovers & music makers today. We don’t know how to cope, so we continue to work, with broken hearts, in the name of music.

"I wanna write her name in the sky
I'm gonna free fall out into nothing
Gonna leave this world for a while" Rest in peace Tom Petty ????

Dear God, please don't take Tom Petty away from us. We still need him here…

At a Tom Petty show in Austin walking toward it, a full 3/4 of a mile to the stage every single person living was singing every word. That's the kinda powerful love you don't see everyday, but the kind we all long for when we think about our society and togetherness ❤️

I can't think of an important moment in my life without an accompanying Tom Petty song. Every night we walk off stage to his music. So sad.

Tom Petty was one of the biggest inspirations for me as a musician. This one will hurt for a long time. Truly one of the sweetest people on earth. Rest In Peace brother.

My ❤️ goes out to all the people affected by the horrible shooting in Las Vegas, & to family,friends & fans of Tom Petty, of which I'm one.

Today Just gets worse . The very talented musician , writer Tom Petty has just passed away . Another great has… https://t.co/7L6gdlMD3E

My first CD was 'Full Moon Fever'… my first live performances were strumming a tennis racket while singing along. Tom Petty forever.

tom petty. weeping at the dmv.

damn we love you Tom Petty. incredible songwriter. "free fallin" is truly one of the greatest pieces of american art. so perfect & sad

Thank you @tompetty for showing us how elegant/simple songwriting can be when it's done right. Rest In Peace

Noooo… Not Tom Petty. I can't even put into words how heartbroken I am. Praying for Adria & his family pic.twitter.com/0nW0dwe8jj

Too much sad news in one day. ???? pic.twitter.com/RkqHN94Iij

So saddened to hear of @tompetty passing. He's was such sweet person to us and a once in a lifetime artist.

no words. just thanks. @tompetty pic.twitter.com/224gn9GNbo

Tom Petty was one of the greatest humans to ever live. I’m gonna miss him.

Tom Petty And The Heartbreakers – The Waiting https://t.co/gATc7qoBv1 via @YouTube