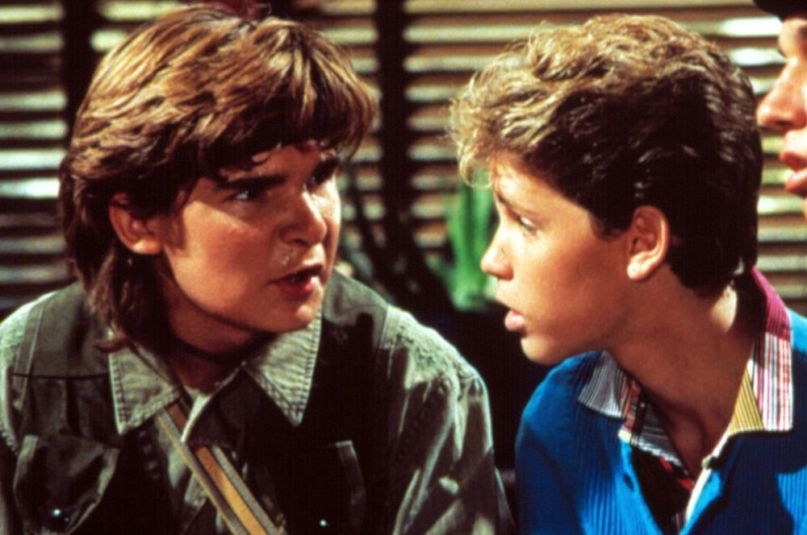 Former child star Corey Feldman is a vocal advocate for the protection of young actors who he says are victimized by a Hollywood pedophilia ring. Feldman first broached the subject in his 2013 autobiography, Coreyography, and he’s spent the subsequent years campaigning against California’s statue of limitation laws that he says protect the perpetrators. Earlier this week, Feldman announced a $10 million fundraising campaign for a documentary meant to expose the pedophilia ring.

However, one person who’s not buying into Feldman’s cause is the mother of his late friend and alleged fellow sexual abuse victim, Corey Haim. In an interview with The Hollywood Reporter, Judy Haim described Feldman’s efforts as “a long con” and described him as “a scam artist.” Haim has long disputed Feldman’s claim that her son, who died in 2010, was repeatedly abused as a child by multiple individuals; instead, she believes he was molested on a single occasion by one man.

(Read: How Stand by Me Became a Timeless Coming-of-Age Movie)

“He’s been talking about revealing the names of his and other abusers for seven years, since my son died,” Haim stated. “Now he wants $10 million to do it? Come on. It’s a long con. He’s a scam artist. If he was serious about this, he’d share the information he has with the police.”

“It’s disrespectful to sexual assault survivors and their loved ones in and out of the industry to get their hopes up about uncovering a massive conspiracy, because he will not name names — ever,” she added. “And if these people really are out there, and potentially [still] a danger, why wouldn’t he want to name them right now?”

In Haim’s opinion, there’s no all-powerful pedophile ring, but a series of isolated incidents often linked to film set relationships. She also believes the timing of Feldman’s Indiegogo campaign, which has raised over $150,000 at the time of publishing, is meant to be a distraction from the actor’s recent drug arrest and subsequent break-up of his band.

Feldman subsequently fired back on Twitter, calling Haim “a bad woman who vehemently protects evil.” He added that Haim “has been creating distractions & diversions since her son’s death, 2 shun away the feelings of true guilt she must bear.”

U GUYS KNOW I DONT EVER SAY ANYTHING BAD ABOUT ANY1, BUT JUDY HAIM (no longer her last name) IS A BAD WOMAN WHO VEHEMENTLY PROTECTS EVIL!

SHE HAS BEEN CRE8ING DISTRACTIONS & DIVERSIONS SINCE HER SONS DEATH, 2 SHUN AWAY THE FEELINGS OF TRUE GUILT SHE MUST BARE! #BLASPHEMY

GOD SEES ALL! THERE IS NO HIDING WHEN JUDGEMENT DAY ARRIVES! THE TRUTH'S BEING REVEALED! THE FLOOD GATES HAVE OPENED, & NOTHING CAN STOP IT!

BUT U WILL C THE DARK SOULS CLAMMERING 2 SILENCE & DISCREDIT ME. ONLY GOD CAN SHOW U IN UR HEARTS WHAT THE TRUTH IS! NOT ABOUT $, NEVER WAS!

Meanwhile, Feldman’s publicist, Samantha Waranch, told THR that the campaign was a response to grassroots interest — due to the Harvey Weinstein allegations — and the money raised will allow the project to retain editorial and distribution independence.

Waranch also conveyed Feldman’s belief that the arrest was meant “to keep him from talking or ruin his credibility,” and his life is in danger. “He legitimately fears for his life,” she said. “He has armed security with him right now.”