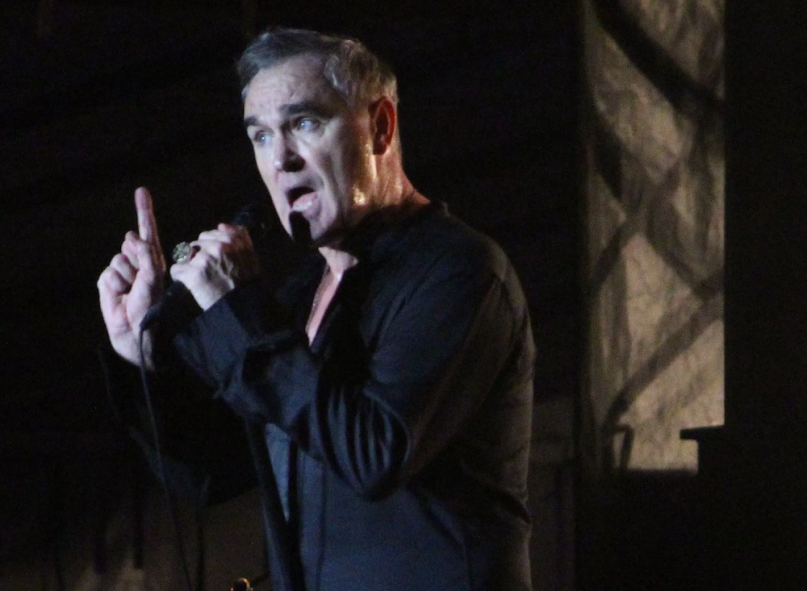 For someone whose most recent single found him railing against fake news, Morrissey’s expressed some eyebrow-raising opinions of his own during a live lunchtime session on BBC 6 Music.

As we previously noted, the halfway point of the set found Moz remarking on the recent leadership election for Britain’s far-right UK Independence Party. The election was won by former Liberal Democrat Henry Bolton, but, according to Morrissey, not without a little interference. “It was very interesting for me to see Anne Marie Waters become the head of UKIP,” he said. “Oh no, sorry, she didn’t. The voting was rigged. Sorry, I forgot.”

While the sentiment is paranoid, it also resonated as controversial because Waters is notoriously outspoken for her anti-Islam views. In the past, Waters has decried Islam as “evil,” and also serves as the chair of Sharia Watch UK, an anti-Islam organization.

He also appeared to come out in support of Catalan’s recent vote for independence from Spain. “Free the bull from Spain,” he said before “The Bullfighter Dies”. “Free everybody from Spain.”

NME points out how his comments were met with silence from fans in the studio, and that listeners responded rather quickly to Morrissey’s comments.

Quick note: there's no defending Morrissey. Please don't even try. The Smiths were amazing but he's a racist idiot & out of touch.

Morrissey could literally say "I am a racist", and dozens of apologists would dash to Twitter to say "This doesn't mean he is a racist."

I know it's sort of Morrissey's job to make you feel sad, but does he have to do it by turning into a UKIP supporter?

You can listen to the full session here beginning at the two-hour mark. His new album, Low In High School, arrives on November 17th, and will be complemented by a US tour.