Larry David and Bernie Sanders learn they are related on PBS’s Finding Your Roots: Watch 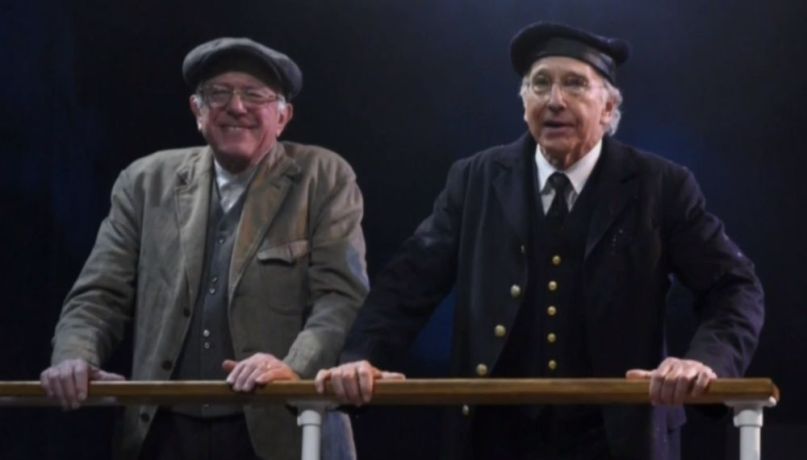 During Larry David’s summer promotional run ahead of the returning Curb Your Enthusiasm, the comedian casually revealed he and Senator Bernie Sanders are actually distant cousins. The real-life doppelgängers learned of the familial connection during the season four premiere of Finding Your Roots, which aired Tuesday night on PBS. Needless to say, their respective reactions to the news were pretty, pretty, pretty good.

In the episode, host Henry Louis Gates Jr. dove into each man’s ancestry and revealed David is 97.8% Ashkenazi Jewish to 97.7% for Sanders. As Gates joked to the former presidential candidate, “Basically you’re like Ivory soap.” The similarities didn’t stop there, however. After comparing their DNA to everyone who’s appeared on the series, Gates discovered evidence proving David and Sanders share a common relative.

David quipped, “I hope it’s a good athlete” before finding out his distant cousin was Sanders and then exclaimed, “What the hell!” Meanwhile, Sanders had a similar reaction, proclaiming “You’re kidding! Oh my god.” The senator added, “People talk about Larry David, and I say, ‘He does a better Bernie Sanders than I do.'”