Only her second new recording of 2017 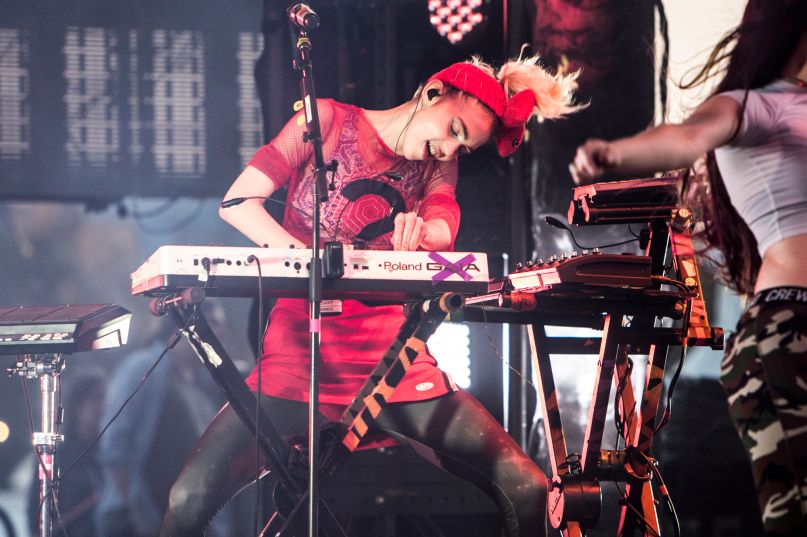 Grimes has kept a relatively low profile in 2017, with a few exceptions. At the top of the year, Claire Boucher collaborated on a track with Taiwanese rapper Aristophanes, and directed and co-starred in the video for Janelle Monáe’s “Venus Fly”. Over the summer, she created a soundpack for ROI’s new synthesizer. Now, she’s returned with her second recording of the calendar year. It again comes in the form of a collaboration, as Boucher has teamed up with close confidant HANA to cover Tegan and Sara’s “Dark Come Soon” for the sisterly duo’s newly released The Con X: Covers album. Grimes and HANA released the track under the moniker, Trashique, and you can stream it below.

Presumambly, Grimes has spent most of the year stowed away working on the highly-anticipated follow-up to 2015’s Art Angels. In a post to Instagram back in August, Boucher said of the forthcoming effort, “I kno i’ve been quiet lately – in the studio every day trying to legit make something you’ve never heard before. Unexplored sonic landscapes. I need another month or 2 of pure unadulterated creativity at which point I will begin finishing tracks. Won’t let u down.”