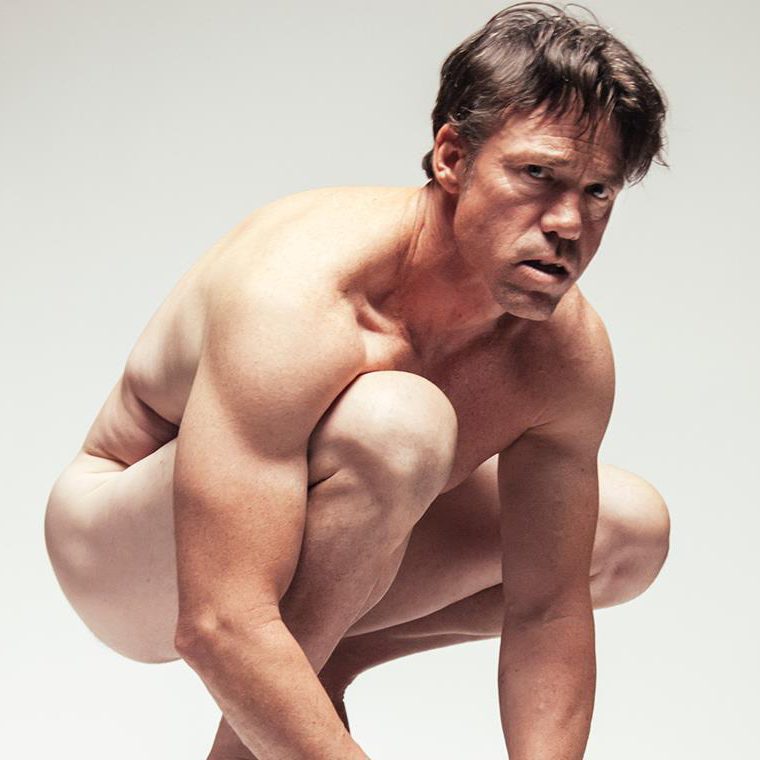 Navigating the nexus of hype, commerce, ego, and bullshit that drives the modern art scene, The Square is almost too perfect in its cunning simplicity. The art world’s always been easy to drag, what with its interiority, weirdos, and frustrating games of pin-the-tail-on-the-thesis. But rarely are these ideas lampooned so beautifully.

Östlund collages artists in pajamas wearing their cool on their sleeves. Men acting like apes to mimic dominance. Chefs intolerant of anything but total appreciation for their menu. Janitors battling mounds of gravel. Children promising chaos. The homeless ignored by the wealthy. A “Tesla of Justice.” PR company kids sculpting hairdos before meetings. Spectators too afraid to admit they’re unsure of what they’re looking at. And the art world’s natural ability to foster the most shallow and selfish dregs because the funding’s outrageous when “gifts” commonly land in the $50 million range.

In the simplest sense, the film is a rogue’s gallery of nuts and can’t-miss happenings, and The Square is a comic tour-de-force. It’s a refined sort of discomfort, a highbrow cringe comedy that uses the tools of both art-house and trendy marketing to satirize. The stage is set. The world is about to watch. Welcome inside The Square.

So what is the titular Square? A new public installation from an unseen artist that Christian’s (Claes Bang) museum has just acquired. It takes the museum’s main square and transforms the space into a monolithic, biblical light tube that lines a brick enclosure. It’s meant to be a zone for trust and caring, and Christian pitches it (with greatly rehearsed naturalism) to funders as a place where help is obligated, and people look out for each other. Christian and his crew of chichi marketers, creative directors, and other museum coat-tailers are ready to promote the shit out of this square.

That’s the splendid center from which Östlund’s surly ideas emanate. The Square (as an exhibition) embraces the film’s contrasting conceits to the letter. Christian’s people want it to make money, to go viral, and the lines between art and commerce blur in dirty fashion. All in the name of something culturally “significant,” of course. The film successfully paints the line between a man who sees a blank canvas, and the other man next to him who can sell it for millions of dollars. Keep in mind that the canvas is still blank, but if the emperor could be sold “new clothes,” anything is possible.

Take The Square’s opening, for example. Anne (Elisabeth Moss) is a journalist. She’s interviewing Christian. He’s handsome, clad in trendy gray clothes, and presents the demeanor of a man with his head in the realm of what’s hip. Or the clouds, maybe. Also, he’s sort of hungover. A tad flaky, too. But hey, artist types, right? He doesn’t make art. He presents it, and isn’t that in of itself a kind of art? Ha.

Anne wants to know about an exhibit running from May 30th to 31st. She wants an explanation. Seems easy, right? Wrong. In what becomes the film’s exemplar of awkwardness, she reads Christian’s tome about the “dynamics of the exhibition” versus non-exhibition. In a seemingly endless loop of badly assembled jargon, Anne reads the piece’s manifesto back to Christian searching for The Point. The rambling copy is something he very likely approved on behalf of this exhibit he purchased for an exorbitant sum of money. Aesthetics. Space. Place. Meaning. Challenging pre-conceived notions, and other gallery buzzwords that just scream “what?”, as though nobody read these sentences aloud to another human being. It’s excruciating, but clearly illustrates the veil of pomp in Christian’s world. The deadpan writing, Moss’ compatible reading, and Östlund’s patience to let the scene linger makes for a huge laugh. The fluorescent “YOU HAVE NOTHING” sign hanging behind Christian is its own great punchline.

This scene could end there, and be viewed as a Pythonesque riff. But wait, there’s more.

Constipated by his own copy, Christian does the half-assed, err, bold thing and asks Anne if her purse, when placed on display, would be art or not. It’s a classic freshman art-school exam conceit. A lofty and impressive-sounding escape. But what about the system that produces art? That’s what she was asking, clearly! And it’s amazing how often that bluff works. Christian may not realize it, but he gets the last laugh here – he successfully sells nothing. And Anne blanches, simply accepting Christian. More embarrassing is how she’s perhaps even a little impressed. Un-fucking-believable. The whole interaction between her and Christian is endemic of the art scene, and how profoundly obtuse people can be.

It’s all a joke. One ghoulish, snide, wheeze-inducing joke. And damn it, it’s one worth paying to giddily watch and deconstruct, again and again.

Rather than traditionally arc Christian as an anti-hero, The Square simply just happens around him. Christian is so many art-dudes, more concerned with presentation (of himself, of his work) than with anything tangible. He’s almost better off as a passive spectator examining the perverse gallery of his own life. Sometimes he reacts. Sometimes he is ignorant. Sometimes his environment manifests itself in strange ways.

Ways such as Dominic West’s hipster Julian (a clear spoof on Julian Schnabel) sitting in for a Q&A that happens to have a man with Tourette’s Syndrome in the audience. Östlund’s willingness to let the scene ride long is a stroke of genius. In a way, the man’s offensive language is no laughing matter. But in another, the way the man screams that Julian get out of town and that the moderator, we’ll say, bare herself (it’s much coarser) plays like a brutally honest critique. Julian trying his best to hide a smirk is like an audience invitation and provocation. Don’t laugh, or at least, try not to – this is serious business.

Anne’s obsessive reporter could be a trite variation on Alex from Fatal Attraction, played for laughs, but her dogged pursuit of Christian speaks to our blind need to be surrounded by “greatness.” And Östlund doesn’t draw Moss’ character with simplicity at all – she resides with an ape. There’s no explanation for that. Perhaps AirBnB is like this in Sweden, but it’s more fun being teased by Östlund’s stark images. Anne lurks, and demonstrates how powerful the aura of art can be.

Speaking of apes, Oleg (Terry Notary) is a performance artist who finds the perfect opportunity to try a new ape-man routine – at a black tie dinner where he crosses lines and alienates by never breaking.  When Christian is the victim of a street robbery, a little wine and the nudging words of his techy marketer provokes Christian to act. Christian tracks his nicked phone to a housing complex, and leaves vicious letters in everyone’s mailboxes. It’s an embarrassing reminder of what the wealthy think they can do without reprisal. Östlund swings big, is willing to make people ugly, and reaches wide for themes relating to man’s folly. All in the name of – you guessed it – art.

Handled with an ironically blunt and yet refined hand, Östlund’s farce is like the Dr. Strangelove of modern art. No review can capture the fine detail and extensive design of Östlund’s film. From Christian amateurishly defending his existence over voicemail, to beggars being choosy about their sandwiches at 7-11, no moment is wasted, or approached in haste. Every crude and cruel joke is present for a reason. Perhaps Östlund’s a gifted sadist, aware of how to twist and point his finger in the right direction. Or maybe The Square is just ridiculously funny, and knows how to film a sex scene at the ugliest vantages for a laugh.

But at its basest, most comprehensible level, The Square presents a series of vain, veneer-driven creatures. And in that view, it’s a magnificent black comedy, one with insight into excess, classism, and just how awful these people are and how we should make fun of them. Like all great art, The Square might elicit strong reactions. It may even garner annoyance, hatred, or frustration. But the images and sensations linger. The cuts are deep and hilarious. And you won’t feel like a schmuck paying to see this show.