Film Review: Thank You for Your Service 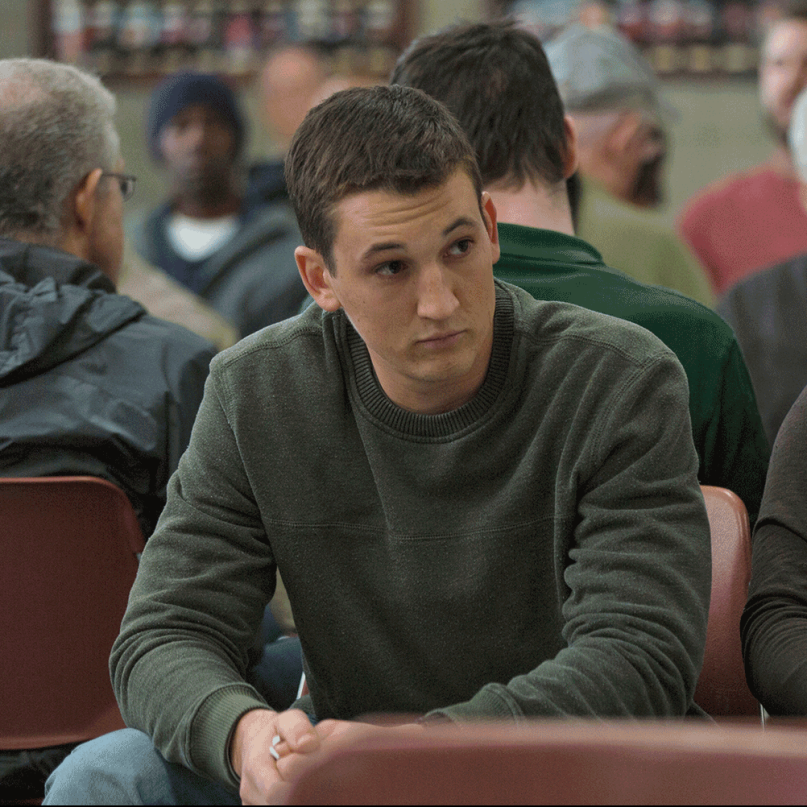 These are the opening words of Thank You for Your Service, a film that quickly demonstrates why the man who uttered them, Sgt. Adam Schumann (Miles Teller), loves it no longer. One fateful day in 2007, during his third tour in Iraq, his unit saw the death and maiming of two officers in his unit, events for which he holds himself directly and indirectly responsible. Returning home after the tour with two of his squad mates, Tausolo Aieti (Beulah Koale) and Will Waller (Joe Cole), the three men find the adjustment to civilian life, and the physical and mental scars of their military service, more harrowing than any battlefield.

There are far too few films about PTSD and the treatment of veterans after wartime, apart from classics like William Wyler’s The Best Years of Our Lives and Oliver Stone’s Born on the Fourth of July. The cinema landscape seems dedicated to treating our troops as fearless warriors on noble quests, caring less about the mental and physical effects their war experiences have on them. Written and directed by Jason Hall (the screenwriter of American Sniper) in his directorial debut, Thank You for Your Service hopes to join the ranks of Wyler and Stone. To its credit, the film very nearly gets there – it’s no Best Years of Our Lives, but it at least approaches Kimberly Pierce’s Stop-Loss in emotional depth.

When they come home from Iraq, our three broken heroes find readjusting to civilian life harder than expected. Schumann returns home to find that his wife Saskia (Haley Bennett) and their kids have rented out their home and moved into a run-down hovel, Aieti’s wartime injury makes it difficult for him to remember things and control his emotions, and Waller’s fiancée cleans him out and leaves him before he even returns home. Atop that, the scars of their service linger; loud, repetitive noises take them back to the battlefield, their minds unable to deal with stresses in any other way than through their strict military training. Each of them have their own cross to bear, their own journey to recovery – and some of them may not make it through.

In as many weeks, Teller has starred in two films squarely marketed at middle America’s veneration of service members and first responders (the other being the surprisingly stellar firefighter drama Only the Brave), and he’s mastered the relaxed intensity that comes with these roles. Teller masterfully conveys Schumann’s quiet vulnerability, masking his deep-seated traumas with barely-masked pain behind his boyish smile. Kaole, a Samoan actor relatively unknown outside of New Zealand, delivers an impressive breakout turn here as Aieti, a soldier whose brain trauma causes him memory problems that complicate his ability to function in everyday life.

The film’s military wives offer much-needed grounding for the soldiers’ struggles as well. Bennett’s face goes on even more of an emotional journey than Teller’s as his wife, her frustration mounting with each time he must clear his head, or help a friend, or lie about looking for a job. Even Amy Schumer (yes, Amy Schumer in a dramatic role!) is perfectly serviceable in a small role as a grief-stricken war widow who demands answers from Teller about her dead husband, for whose death he feels responsible.

For a first-time feature, Hall’s approach to the material is surprisingly nuanced and sensitive. There’s a matter-of-factness to his presentation of these characters’ respective dramas that feels honest and true, if a little unencumbered by formal ambition. Hall trusts his characters’ faces to convey the bulk of the emotional stakes, lingering on Teller’s pockmarked visage as he scans for IEDs among roadside trash, or on one soldier’s pleading eyes as he contemplates suicide by shotgun. It’s a workmanlike feature from a visual standpoint, but that lack of flash feels necessary to dig into the central trio’s festering war wounds.

Most refreshing is Service’s courage in taking not just other civilians, but the military infrastructure itself, to task for not doing enough. Teller and crew are honed into fighting machines by the military, and then dropped back home without the tools to deal with their trauma. By the time they try to get help from the Department of Veterans Affairs, Hall lingers over scenes depicting a labyrinthine, Kafkaesque bureaucracy that makes the DMV look like a McDonald’s drive-thru on a Tuesday afternoon. Reams of paperwork, traumatizing surveys, and uncaring receptionists anger our heroes, and the audience as well. “How many of these men do you think can wait six to nine months?” begs Schumann of one VA case worker, gesturing to the waiting room full of ailing vets upon hearing how long it will take to get even one of them a therapist.

One especially infuriating moment comes when Teller stumbles across an old colonel (Jake Webber) who looks down on such a brave soldier for seeking help: “it’s bad for Big Army.” Surely, the film argues, we must look not just at the lack of veteran’s services available to our troops coming home, but the performative machismo of military culture that prevents so many soldiers from seeking help in the first place.

Unfortunately, it’s in the film’s final act that the cracks start to show in Hall’s restraint, both as writer and director. For the first hour or so, Service holds up nicely, keeping its focus on regular joes dealing with extraordinary circumstances with little outside help. Eventually, as their traumas and stresses accumulate, the plot takes a few eyebrow-furrowing turns into cheap melodrama that feel overwrought – as if Hall didn’t trust that the movie should just be about the vets. (Aieti’s hackneyed descent into dogfighting, drugs, and crime resolves in a particularly unbelievable way.) It’s in these moments that the film’s focus steers unsatisfactorily away from the important issue that it elucidates so well.

Thank You for Your Service is a well-intentioned but clunky drama about the mental and physical toll that wartime takes on our soldiers, and the lack of resources that await them when they get home. It’s much less of a blind, pandering ode to military service than the ads (and the film’s connection to American Sniper) evince, which might make for a refreshing social lesson for those hoping for more wartime heroics. Sure, it’s a blatant big-budget PSA for veteran’s issues, but it’s easier to forgive the structural flaws of a message movie when the message is this important.