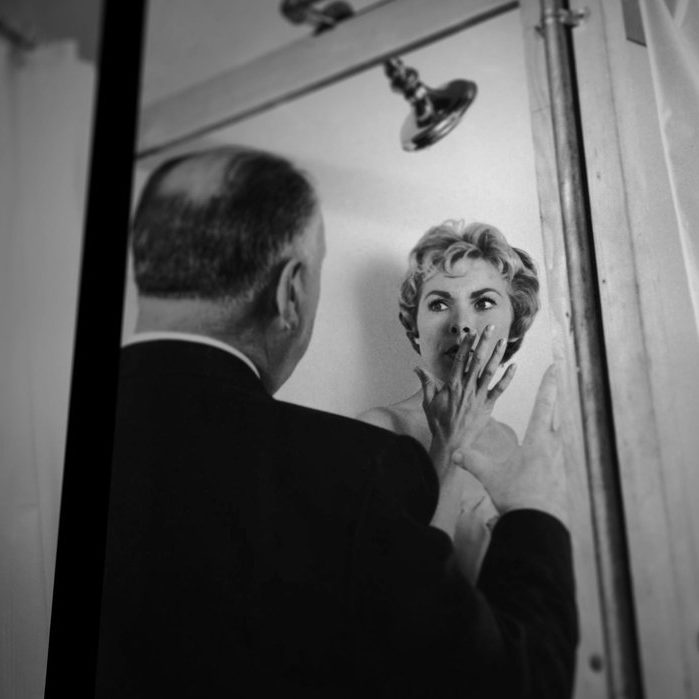 In 1960, Psycho lit the world ablaze. Even by Alfred Hitchcock‘s standards, a filmmaker hardly shy to dabbling in the trappings of pulp in his own right, this was a more lurid kind of film. In particular, one scene absolutely floored audiences of the time: when poor, doomed Marion Crane (Janet Leigh) checks into the Bates Motel and decides to take a shower, only to be brutally slaughtered a third of the way into the film by a shadowy woman later revealed to be Norman Bates (Anthony Perkins). It was transgressive, it was cruel, and it was the kind of sequence that invited endless, detailed analysis over the decades to follow.

Nearly sixty years after the film’s release, 78/52 offers precisely that. Titled for the number of pieces of film and total running time of the Psycho shower scene, Alexandre O. Philippe‘s documentary about the making and themes of that iconic horror movie sequence is a deep, immersive dive into the scene in question, and into the infinite meanings that can be assembled from a well-paced, well-edited montage of diverse single images. Philippe assembles a fascinating who’s who of filmmakers, from Peter Bogdanovich to Eli Roth to Karyn Kusama to Hitchcock himself (through file footage) to revisit the shower scene and break down, in obsessive fashion, what made it tick and what’s made it such a lasting moment of cinematic shock over the ages, even for audiences now desensitized to far more graphic displays of violence. It’s more of a graduate seminar on the moving image than any kind of a revelation, but in its way, 78/52 is also a spiritual tribute to the obsession that Hitchcock himself brought to the famed sequence.

After all, as the documentary establishes early, Hitchcock spent a full week on the scene, during an era in which films were made far more quickly and efficiently. But as an auteur among auteurs, and coming off the overwhelming success of North By Northwest, the director had virtually limitless cachet. So he responded with the kind of violent, borderline-sleazy story that a filmmaker of his pedigree and reputation would never touch; by his own admission at one point in 78/52, during an interview in Britain, the mere notion of him making Psycho was something of a put-on of its own. Many in the documentary note how, as much as anything, Psycho was a sharp rebuke to the increasingly luxurious Technicolor filmmaking of the time, including Hitchcock’s own. This was his “grindhouse movie” phase, in a manner of speaking.

But the craft of Psycho is undeniable, and at every step, 78/52 meticulously picks apart how Hitchcock was able to essentially rewrite the boundaries of film. After all, Psycho shattered social taboos and rattled audiences in a way that precious few films had been able to match. A comparison is drawn to the Lumieres’ famed Arrival of a Train at La Ciotat in illustrating the kind of impact that the film would have had on a 1960 audience; coming off the willful cultural innocence (and arguable ignorance) of the ’50s, Hitchcock set out to and succeeded in stripping away the escapism of so many films of the era in favor of something more primal and unsettling. This was the interruption of domesticity, of the fantasy that the post-war world was now safer through everybody having a nice suburban home and a large yard to hide behind. It was reactive to Hitchcock’s own outrage about what he saw to be Europe and North America’s lack of preparation for the horrors of World War II. Even if some of the talking heads’ comparisons to rape and violation in watching the scene read as inappropriately hyperbolic, this was the shocking impact of the scene.

Through a mixture of shot-by-shot evaluation and discussion of the larger dialogues surrounding the film’s imagery, 78/52 offers a comprehensive look at why a scene with no onscreen stabbing or nudity or viscera remains one of film history’s scariest. In the waning years of the Hays Production code, Leigh and her body double Marli Renfro (interviewed at length here) became symbolic of a new and bolder time for filmmaking, even if some of 78/52‘s other subjects acknowledge the ugly horror trope of the nude woman being murdered that ultimately emerged from it. It altered the ways in which film sound worked, from Bernard Hermann’s unforgettable score to the steak and melon-based foley sound used to create the sequence’s revolting stabbing sounds. For these and so many other reasons, it offered a new language for shock and fear on film, and the documentary ably communicates what a profound impact it had across the medium itself.

78/52 is wholly a form exercise, and aside from the odd incidental tidbit (such as Psycho 1998 editor Amy E. Duddleston acknowledging the comparatively lacking impact of that film’s gorier take on the shower scene), there’s nothing particularly distinctive to be found here beyond some hyper-detailed film criticism. Yet that’s the pleasure of Philippe’s documentary: generations of filmmakers influenced by a single 52-second scene coming together to wax philosophical about it. As many note throughout the doc, the best moments that film as a medium has to offer are found in the smallest details. And when you find something truly great, as with this scene, you can just keep looking and looking until you spiral into the same void on which the grisly sequence ends.