UK singer-songwriter is sidelined for the foreseeable future 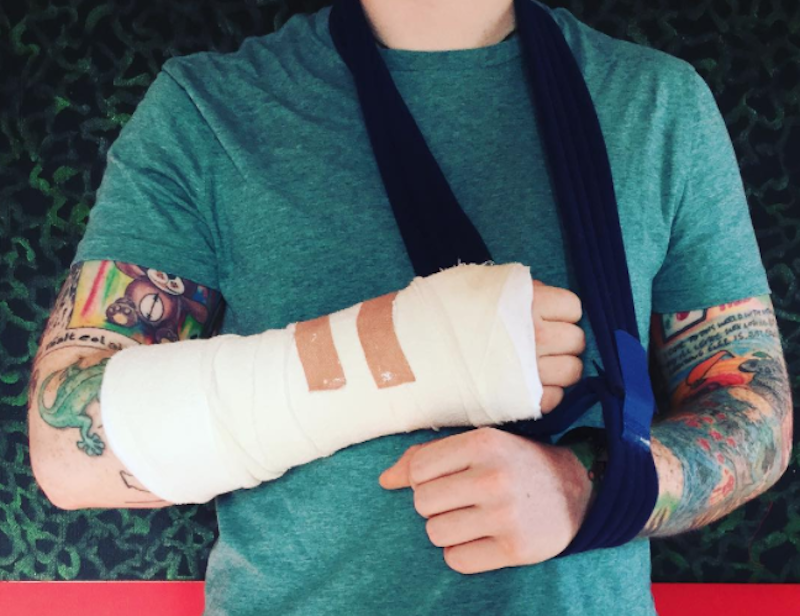 Ed Sheeran rather famously plays his concerts solo, utilizing littler more than his guitar and a set of loop pedals. Unfortunately, he’ll be sidelined for the foreseeable future after breaking both of his arms in a bicycling accident.

The “Shape of You” singer was struck by a car while biking over the weekend, according to the BBC. In a pair of Instagram post, Sheeran revealed his progonsis, writing, “A visit to my doctors confirmed fractures in my right wrist and left elbow that will leave me unable to perform live concerts for the immediate future.”

So far, the Asian leg of his Divide tour has been called off, including dates in Taipei, Osaka, Seoul, Tokyo and Hong Kong. “I’m waiting to see how the healing progresses before we have to decide on shows beyond that,” Sheeran added. “Please stay tuned for more details.”

Find the Instagram posts below, and peep Sheeran’s massive tour schedule — which already stretches into next summer — at his website.