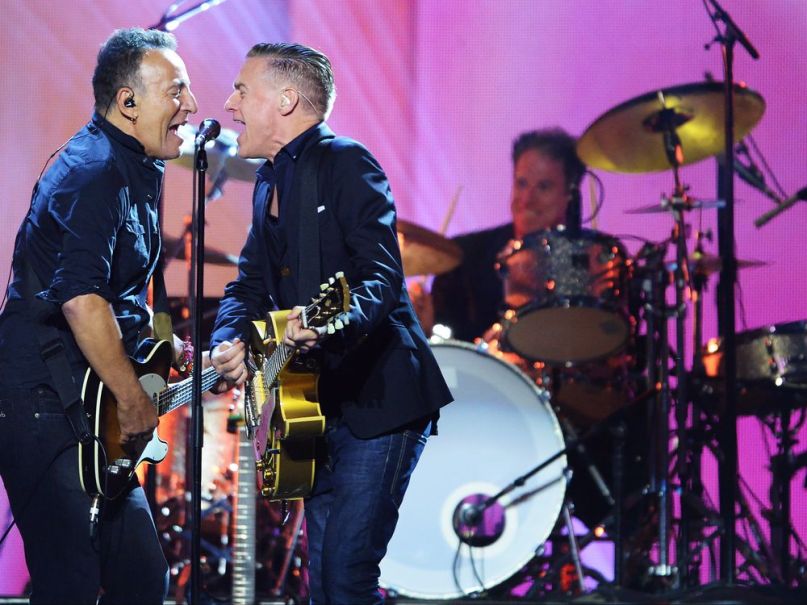 Bruce Springsteen and Bryan Adams perform during the closing ceremonies of the Invictus Games in Toronto on Saturday, September 30, 2017. THE CANADIAN PRESS/Nathan Denette

After joining Paul McCartney onstage in New York last month, Bruce Springsteen hosted a guest of his own last night in Ontario. During a five-song performance at the closing ceremony of the city’s 2017 Invictus Games, Springsteen brought out proud Canuck Bryan Adams for Adams’ own “Cuts Like a Knife” and Springsteen’s “Badlands”.

This isn’t the duo’s first time onstage together. Seven years ago, a Rainforest Fund benefit also saw the duo playing “Cuts Like a Knife”. Still, a little rehearsal was necessary, and Adams posted a video of the pair working through the song backstage. “What a moment to hang on to,” he wrote, “thanks Bruce.”

Watch some fan-shot footage of the performances below.

Springsteen’s appearance at the Invictus Games came in anticipation of his 18-week Broadway residency, which begins preview performances this week.