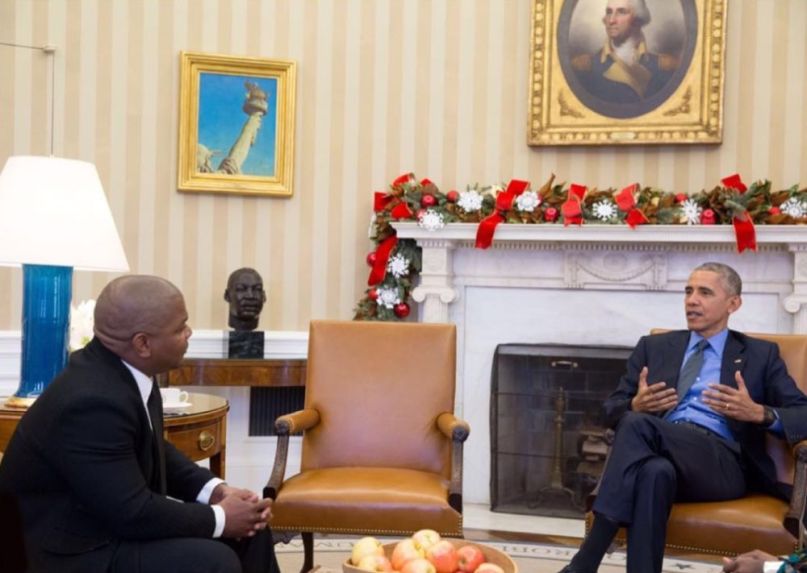 Throughout his career, Wiley — seen above with Obama at the White House — has become renowned for creating portraits of African American men, including the Notorious B.I.G., LL Cool J, Big Daddy Kane, Ice T, Grandmaster Flash and the Furious Five, Michael Jackson, and more. The selection only makes sense, as Obama’s love for hip-hop artists such as Kendrick Lamar, JAY-Z, Kanye West, Drake, and of course, Chicago’s own Chance the Rapper is well-known. Hell, the hipster president hosted many of them at the White House and recently chose Chano to perform at the inaugural Obama Foundation Summit.

On her part, Michelle Obama chose Amy Sherald, the first-prize winner of the Portrait Gallery’s 2016 Outwin Boochever Portrait Competition. Sherald is known for challenging stereotypes and probing notions of identity through her life-size paintings of African Americans.

Both portraits will be unveiled at the museum in early 2018 and will be added to the Portrait Gallery’s permanent collection.

Check out a trailer for Wiley’s 2015 New Republic exhibition below.