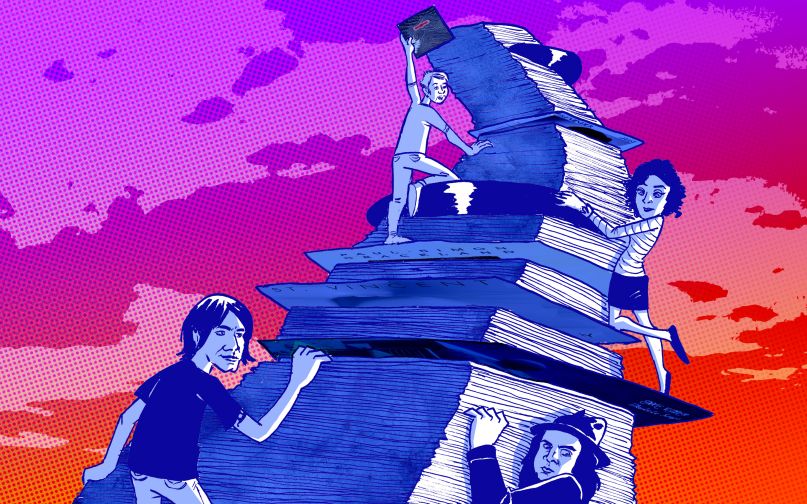 This feature originally ran in 2013. With Rostam releasing his excellent debut solo album this week, we thought, why the hell not?

Singer-songwriters going solo is like an actor saying they’d like to direct. They think they have the skills from years of playing in a group and can now take the reins themselves. Sometimes, it turns out horrifically, and the performers realize (or don’t) that strength lies in numbers — such as every KISS solo album or Shatner’s Star Trek V: The Final Frontier.

However, sometimes an artist finds their true voice when they’ve shut the door on four or five of their bandmates. It’s only then that they’re able to forge ahead into territories they’ve always wanted to explore, whether it’s a particular instrument, a recording style, or another genre altogether.

With so many solo albums from so many singer-songwriters who’ve entertained in so many other bands … this obviously wasn’t an enviable task. We turned to our stacks upon stacks of LPs, sketched out the DNA of our favorite bands, and spiraled off names as they came to us. Needless to say, we lost our minds a couple of times.

Alas, we came up with a list. Ahead of you are singer-songwriters in the rock genre who either nailed it on their first solo try or were able to hone their singular voice into albums that stand shoulder-to-shoulder with or maybe even head and shoulders above anything their bands ever did. Think we left anything off? (Of course we did.) Let us know in the comments.