Like Bananarama once sang in The Karate Kid, it's been a cruel summer 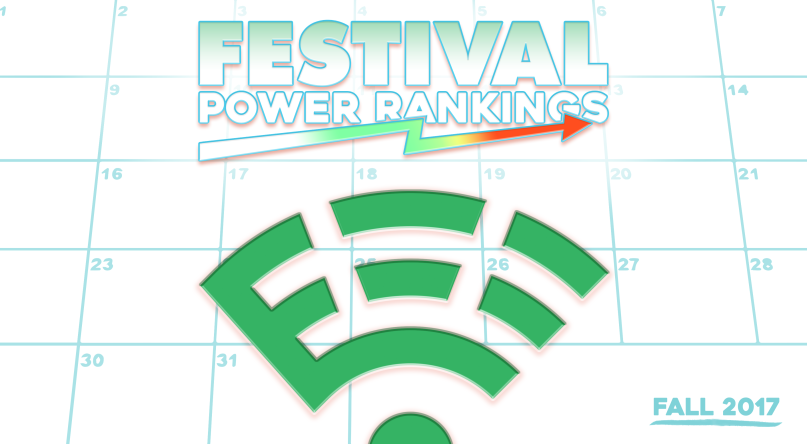 It’s September, summer’s gone, and we now know the lineups to most of 2017’s music festivals. If we’re being honest, though, we’re drawing a fuzzy blank as we try to recall the highlights of this year. For starters, it wasn’t a particularly strong outing for reunions, save for Jawbreaker, and even worse, it wasn’t a particularly riveting year for headliners, either, outside of graduation stories for the likes of Lorde or Cage the Elephant.

But it’s more than that. For awhile, we’ve noted how the biggest festivals with the longest histories have lost parts of their identity, namely due to so many of them being owned by the same companies. Because of this, boutique and destination festivals have started to feel more and more appealing, offering slices of culture that extend beyond music.

Look, if it sounds like we’re coming down on music festivals, we’re not. Even outside of the top 10 below, we’ve found many events this year that are doing something special within the festival landscape, from the relaxed, mature vibes of San Francisco’s Outside Lands to the punk rock nostalgia of Chicago’s Riot Fest to the 90’s-inspired mass appeal of San Diego’s KAABOO.

Gripes aside, there are still many special events happening in the United States and around the world, only the field is more crowded than ever, as we’ve been saying for years. Sometimes, though, you have to make your way through the weeds to find the flowers, and let’s just say, we channeled our inner Ralph Fiennes for this one.