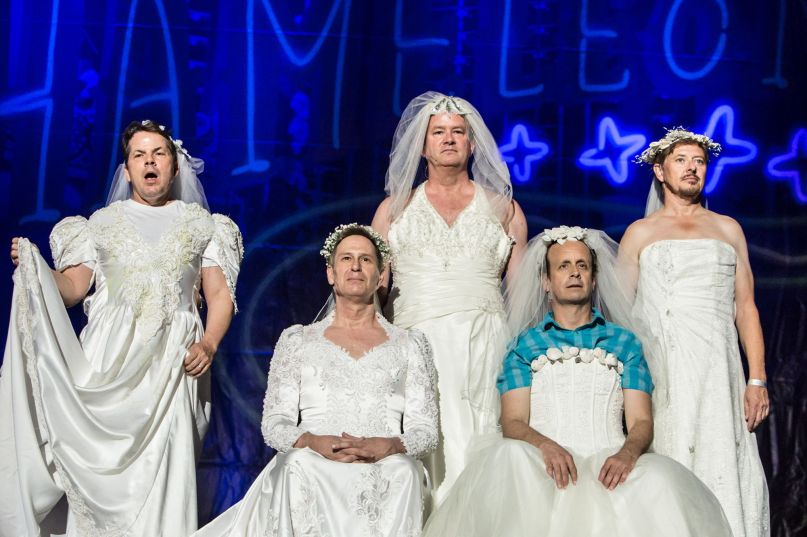 The Kids in the Hall have reunited multiple times since the cancellation of their hit sketch comedy series in the mid-’90s, but they haven’t appeared on TV under their preferred moniker since 2010’s Kids in the Hall: Death Comes to Town. Now, the band might be getting back together for a new limited series in the vein of Mr. Show‘s recent revival on Netflix.

(Ranking: The Kids in the Hall’s Top 20 Sketches)

Kevin McDonald dropped the news in a new interview with News-Press.com. “You’re the first guy to know this,” he said. “Last night, before I got on the plane, we got a Kids in the Hall group message to all of us. (SNL producer) Lorne Michaels wants us to do what Mr. Show did, and do like six episodes of sketches for something like Netflix.”

He clarifies that the group hasn’t even had the chance to have a proper discussion about the project, but says that “right now, there’s no one against it.”

Fingers crossed it happens. It’s been too long since we’ve seen Dave Foley in drag.