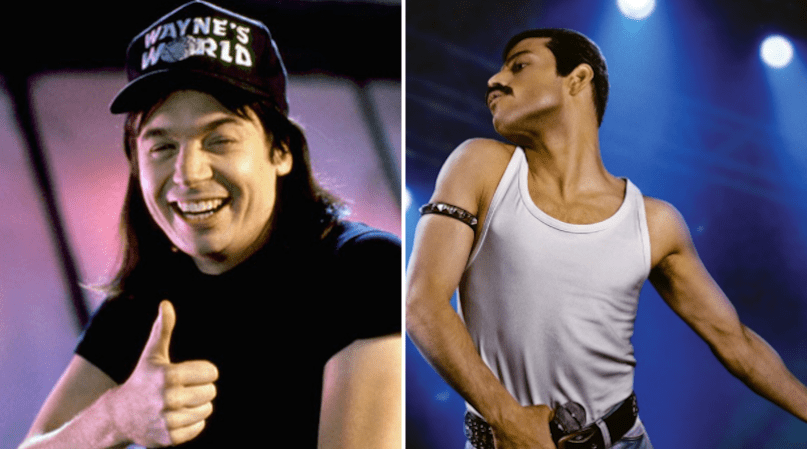 Mike Myers started a whole generation of rock fans headbanging with a classic scene from 1992’s Wayne’s World. In one of the film’s many iconic moments, Myers’ title character, Dana Carvey’s Garth, and their crew joyously sing along to a cassette of Queen’s “Bohemian Rhapsody” while driving around town. 25 years later, Myers is bringing things full circle by lining up a role in the forthcoming biopic about the band entitled, wouldn’t ya know it, Bohemian Rhapsody.

Deadline reports that the comedian is negotiating with Fox and New Regency for a role in the movie. If he indeed signs on to the Bryan Singer-directed project, he’ll be joining Rami Malek, who portrays legendary frontman Freddie Mercury. Ben Hardy, Joe Mazzello and Gwilym Lee have also been tapped to portray the rest of Queen — drummer Roger Taylor, bassist John Deacon, and lead guitarist Brian May, respectively.

Bohemian Rhapsody is said to cover the ground between Queen’s inception and their performance at the 1985 Live Aid concert. It’s currently set for release on December 25th, 2018, but until then, you can party on with this: