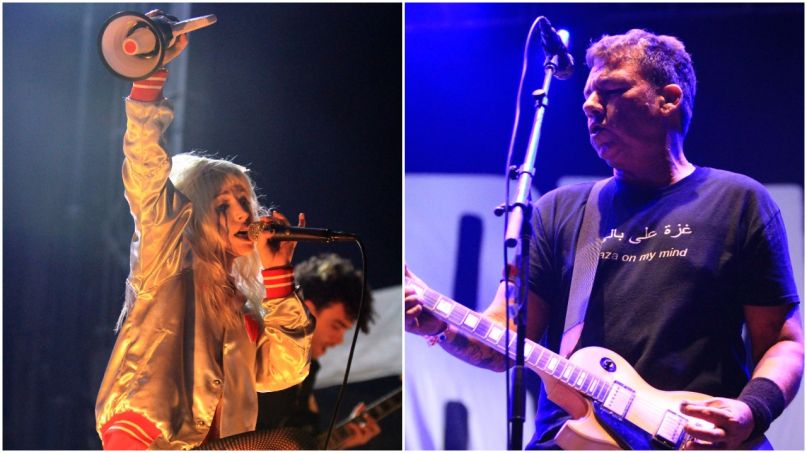 As Paramore wrapped up their evening set at Chicago’s Riot Fest on Sunday night, Jawbreaker was gearing up for its first headlining gig in 21 years across the park. And one can imagine Hayley Williams sprinted over to catch the legendary punk group, as she appears to be a fan.

Earlier in the weekend, Williams shared a cover of Jawbreaker’s “Accident Prone” from 1995’s Dear You on her Twitter account. It’s a lovely, simple thing, just her and a guitar and what looks like the back of a tour bus. Watch it below.

this is my sad "thank you" for reading my sad tweets. also, a thx to @JawbreakerBand. it's not perfect but i mean it. see you at @RiotFest???? pic.twitter.com/DV3laYRY1H

Jawbreaker dug it, too, tweeting out the cover and declaring, “i’m for it.”

The cover follows the songwriter’s recent renditions of Fleetwood Mac’s “Everywhere” and Drake’s “Passionfruit”. Williams and her band are currently on the road promoting this year’s After Laughter. As for Jawbreaker, who knows what’s next for them after their incredible comeback performance this past Sunday.