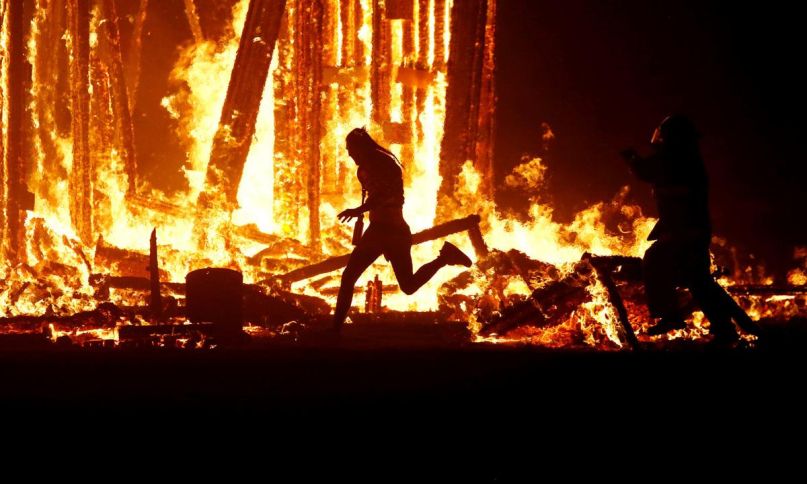 A man has died after running into Burning Man’s giant wooden effigy, according to the Los Angeles Times.

Aaron Joel Mitchell, 41, bypassed two security permitters as he sprinted into the massive fire. Attempts to rescue him were hindered due to falling debris and intense flames. Mitchell was airlifted to the UC Davis Burn Center in California, where he was pronounced dead on Sunday morning.

It’s unclear whether Mitchell was suicidal or if his actions were influenced by drugs or alcohol. A toxicology report is pending.

Despite the incident, organizers are still going through with the festival’s temple burn scheduled for Sunday night.